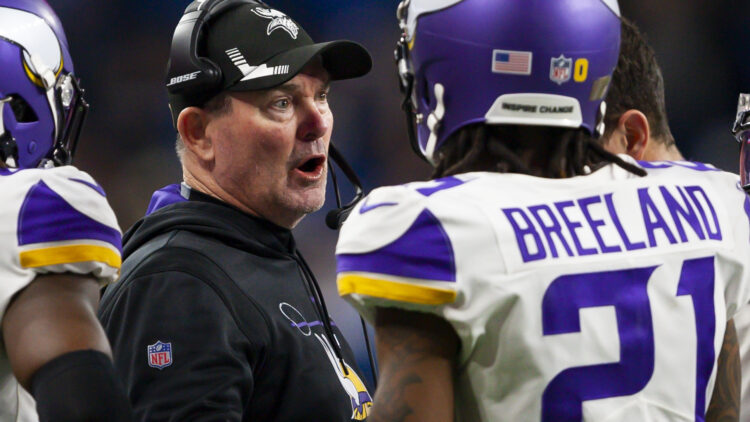 The Vikings 2021 season is definitely a forgettable one. They finished a measly 8-9 and missed the playoffs. However, there was one dreadful stat that defined the Vikings’ 2021 season. In fact, it is probably the only thing that the 2021 Vikings will be remembered for doing.

However, the problem gets even worse. Not only was the Vikings’ defense dreadful, but the offense also did not help them either. Tyler Forness recently tweeted this:

Nine drives ended in a 3 and out in 34 halves of football. Nine.

This is unacceptable. If you recall, some of these drives came after the defense made a great stand. All the offense had to do was hang on to the ball for a few minutes. However, they were incapable at times.

What was the reasoning for this?

Many will be quick to blame Kirk Cousins. Sure, he deserves some of the blame, but remember that Kirk is a computer. He will do exactly what the play call says he should do with the ball. So maybe more of this lands in the hands of the play-caller?

Either way, we have a chicken or the egg situation. Was the defense really as bad as what the points allowed say? Or should the offense take some of the blame for this as well?

How The New Vikings Regime Will Need to Address the Issue

Regardless of how Vikings fans feel about Kirk Cousins, one thing holds true. He will execute the plays that are called. Of course, he won’t do this perfectly every time, but more often than not, he will get the job done.

This is where Kevin O’Connell and the new scheme come into play. By providing Kirk with more options than hook/flat or slant/fade play calls, the offense will be able to better perform in crunch time. Giving him a play that has four out of the five receivers running routes that go beyond the sticks should certainly help the offense convert more first downs.

However, just because the offense is getting a new scheme and hopefully much better play calling doesn’t solve the whole picture. The defense still needs to be addressed.

Thankfully, the Vikings have taken several steps to bolster a defensive unit that was dreadful for the past two years. They brought in Za’Darius Smith, Jordan Hicks, and Harrison Phillips. They also spent significant draft capital on the secondary with Lewis Cine and Andrew Booth Jr.

Time will tell if the regime can push the Vikings past one of the worst defensive performances in NFL history in terms of points given up inside 2 minutes. I am hopeful that a rejuvenated locker room and the new scheme will bring back the winning ways.