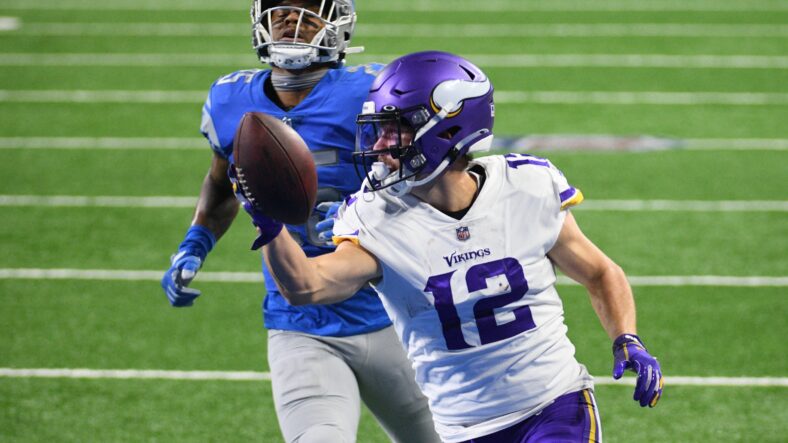 Former Minnesota Vikings wideout Chad Beebe is back on the free-agent market, released by the Houston Texans on Monday after the first week of the preseason.

Beebe was a Houston Texan for 68 days.

The odyssey continues for Beebe, who the Vikings found as an undrafted free in 2018. Beebe played in 36 games for Minnesota while starting 26. In three seasons, he tallied 26 receptions for 310 yards and two touchdowns. He also doubled as a kick and punt returner.

Beebe missed all of the 2021 season with a torn ACL, all but ending his Vikings career. The Northern Illinois alumnus was brought to the Vikings by Rick Spielman and Zimmer, two men no longer with the organization. Like others, including Everson Griffen, Mackensie Alexander, Sheldon Richardson, etc., Beebe returning to the organization was not a priority for new general manager Kwesi Adofo-Mensah.

Vikings fans always had a fond attitude toward Beebe due to his football roots and similarity to Adam Thielen. Beebe is the son of Don Beebe, a wide receiver who played for the Buffalo Bills, Green Bay Packers, and Carolina Panthers from 1989 to 1997. And in the manner Thielen dragged himself to stardom, some thought Beebe might follow suit. Although, that never really happened.

Beebe had a semi-decent shot at making the Texans 53-man roster at the end of the month because Lovie Smith’s team isn’t known for premium wide receivers. In July, Sharp Football Analysis called the Texans wide receivers the worst WR group per talent in the NFL. The Vikings ranked ninth on the same list.

At age 28, Beebe could fade into irrelevance and not latch onto another team. Or, because of his special teams abilities, he could find his way to a practice squad. When healthy, Beebe is sure-handed, quick, and versatile.

But getting the ax from Houston doesn’t bode well. If he couldn’t carve out a space on the team with the worst WRs in the business — then who?