Cardinals Have Ghastly History in Minnesota 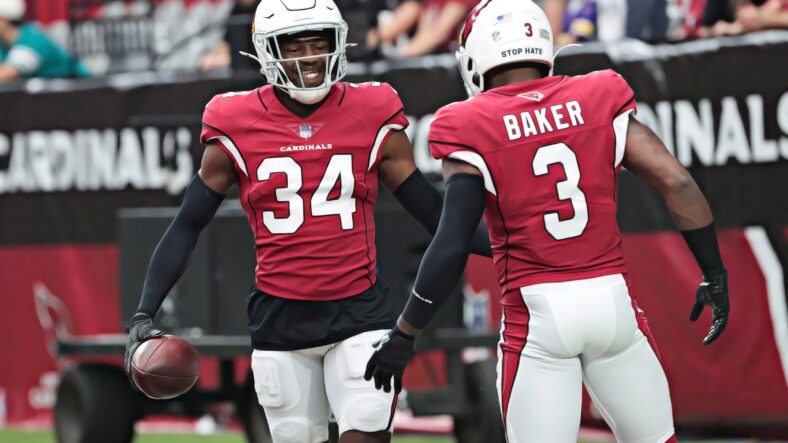 If the Arizona Cardinals (3-4) want to knock off the Minnesota Vikings (5-1) in Week 8, they’ll have to reverse some naughty history.

The Vikings host the Cardinals this Sunday at U.S. Bank Stadium and are 3.5-point favorites in the NFC showdown.

And while the Cardinals played impressively on Thursday Night Football last week, dropping the New Orleans Saints 42-34, they have not performed well — at all — against the Vikings in the state of Minnesota for 30+ years.

The Vikings are 17-12 (.586) all-time against the Cardinals, but the last three decades of home dominance inflates the statistic. Since 1991, Arizona has traveled to Minnesota 10 times — and lost all 10 matchups. The Cardinals haven’t won a road game in Minnesota since 1977.

Of course, the Cardinals eeked out a victory last year in the desert over the Vikings, thanks to a missed game-winning chip-shot field goal by Greg Joseph. It was Week 2, and Minnesota was hoping to right the wrongs of a Week 1 road loss at the Cincinnati Bengals. No cigar.

In the last 31 years, these are the Vikings-Cardinals outcomes at the Metrodome and U.S. Bank Stadium:

It should also be noted that during the timeframe, 1991 to 2018, the Cardinals were the NFL’s third-worst team per win percentage (.414) behind the Detroit Lions and Cleveland Browns, so the Vikings home success over Arizona was largely a product of Minnesota “taking care of business.”

The last time that Arizona beat Minnesota on the road, Jim Hart was the quarterback for the Cardinals, and Fran Tarkenton was in his second-to-last season. It’s been a while.

In 2022, the Vikings hope to tame the handsomely-paid Kyler Murray, who’s off to a rocky start in 2022 fresh off a contract extension. Minnesota’s defensive coordinator Ed Donatell notoriously struggles versus mobile quarterbacks, and Vikings fans will learn what gives — Murray’s mobility guiding Arizona to victory or the Vikings continued home torture of the Cardinals.

If the Vikings are successful, it would be the best start through seven games of a season in franchise history with a new head coach.