Buccaneers Add Future Hall of Famer Because of Course They Did 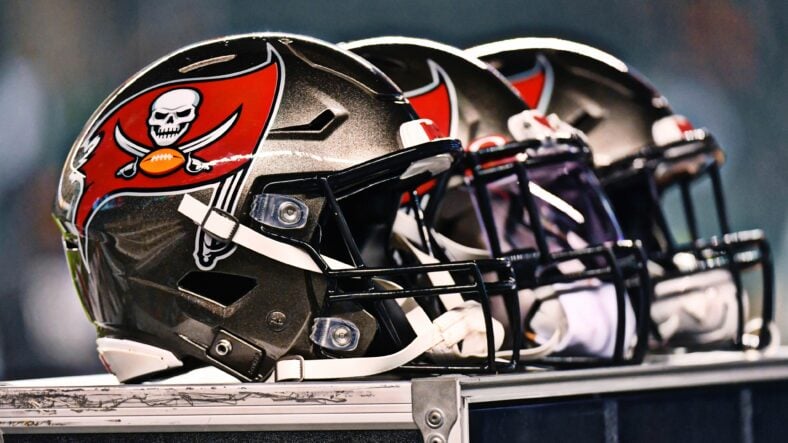 The path through the NFC thickened for the Minnesota Vikings on Tuesday as the Tampa Bay Buccaneers added future Hall of Famer wide receiver Julio Jones.

Jones, 33, will look for a bounceback year with Tom Brady and friends after quiet campaigns — by his standards — in 2020 and 2021. The ex-Falcon spent the 2021 season with Tennessee Titans, an ill-fated experiment that netted Jones just 434 receiving yards in 10 games.

Before the 2020 season, Jones secured a Hall of Fame resume, tallying six consecutive seasons with over 1,350 receiving yards. He spent 10 years in Atlanta with Matt Ryan, reaching the Super Bowl at the peak of the Falcons power in 2016 and ultimately collapsing in the Super Bowl against the New England Patriots, led by the aforementioned Brady.

In that regard, it’s “if you can’t beat them — join them” for Jones with Brady. Upon learning of the Jones to Tampa Bay transaction, most NFL pundits and fans forecasted a strong season for Jones, who was otherwise slated for a quiet year with an undetermined team.

But with the Buccaneers, Jones waltzes into an offense of dreams, showcasing this WR corps:

And with that assortment, even if a player or two gets hurt, enough depth exists to circumvent the injuries. Long story short — the Buccaneers offense is stacked.

The Jones-to-Buccaneers news hits a few days after former Vikings tight end Kyle Rudolph also signed with Tampa Bay. Another sure-fire Hall of Famer, Rob Gronkowski, retired this offseason, leaving a void to be filled by Cameron Brate or a pair of rookie TEs, Cade Otton and Ko Kieft. Rudolph hopes to scale the depth chart to TE1 or TE2.

Because Brady plays there, Tampa Bay has become a ring-chasing destination as of late for players like Richard Sherman, Antonio Brown, Le’Veon Bell, etc. But those players are not slated to be a part of the 2022 roster, so the new gang of ring-chasers had entered the mix.

The Buccaneers led the NFL in passing yards last season. They should get even more decadent with the Jones addition, assuming his health stays intact.

The financial terms of Jones’ new deal were not immediately available.