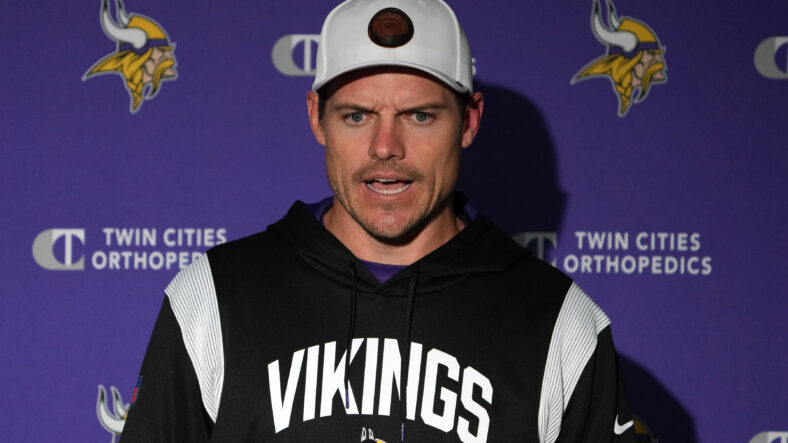 Accordingly, Bleacher Report recently assigned grades to every first-year head coach, including new Vikings skipper Kevin O’Connell. And for the Vikings coach, the grade was a B+.

The grade was the second-highest among five rookie coaches, per Bleacher Report, trailing only Miami Dolphins coach Mike McDaniel. The Dolphins leader received an A-.

On O’Connell, David Kenyon from BR wrote, “Consistency on offense has continually been an issue for the Vikings lately, and they effectively hired O’Connell to solve that problem.:

He also noted, “Four games is too small a sample to make a determination there, but the results have been promising in the meantime.”

Nathaniel Hackett from the Denver Broncos was the “worst” through four weeks, given a D+.

O’Connell took over the Vikings in February, asked to take an existing 8-9 roster and coach it into a Super Bowl contender. And while Minnesota has a long way to go and grow, a 3-1 beginning to his rookie season is a commendable opening salvo.

The Vikings sit in the No. 2 seed of the NFC standings and would host the Green Bay Packers if the playoffs began on October 3rd. Alas, they do not, and O’Connell must keep the 3-1 pace ongoing with the NFL’s 10th-toughest schedule on tap. The Vikings remaining opponents have a collective .520 win percentage through four weeks.

O’Connell is using his offensive weapons — mainly Justin Jefferson and a revamped offensive line — and the defense is a work in progress. Last year, the Vikings defense performed well in the “ordinary’ parts of games but collapsed in crunchtime. In 2022, Minnesota’s defense is struggling during the “ordinary” sections while rising in the clutch. It’s quite odd.

Still, O’Connell has taken a mediocre 2021 football team, implemented a free-agent and draft class, and transformed the franchise into a winner — for now.

O’Connell is the fifth-likeliest man to win NFL Coach of the Year through four games, according to Rotowire. Bleacher Report‘s B+ grade is, therefore, fair.