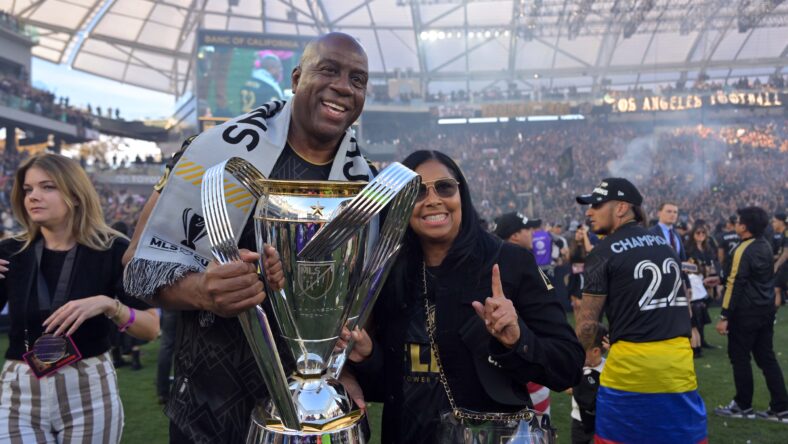 Steve Young offered Kirk Cousins a nifty endorsement this week. Now, a Hall of Famer from a different sport is commending the Vikings quarterback.

Johnson leaned into his Michigan State connection — both men are Spartans alumni — on Monday and extolled Cousins’ recent performance.

The former Laker tweeted after the Vikings stunning win over the Buffalo Bills, “I’m glad my fellow Spartan Kirk Cousins is proving everyone wrong by leading his team to an 8-1 start!”

Johnson, 63, is a five-time NBA champion, three-time NBA Finals MVP, three-time NBA MVP, and 12-time all-star. He also won an NCAA title at Michigan State in 1979. The former point guard has a habit of lifting up others, especially on social media, and the Vikings 8-1 record evidently grabbed his attention.

Cousins has turned heads in 2022, as many onlookers didn’t believe his team was capable of an 8-1 start. Heading into 2022, teams led by Cousins were a perfectly even-steven 59-59-2 (.500) from 2012 to 2021. The mediocre record generated criticism because Cousins earns $35 million per season, the 10th-most in the NFL per average annual salary. However, when a team shares a stake in the NFL’s best record, folks let typical chastisements stay silent.

The Vikings are amid a seven-game win streak, the team’s longest since 2017. Minnesota was beaten and bruised by the Philadelphia Eagles in Week 2 on Monday Night Football but hasn’t lost since. And it’s the way they’re winning that’s turning heads. The Vikings have won all seven games by a one-score margin. All wins involve grit and late-game fortitude. Back in 2020 and 2021, the Vikings tended to lose such games.

Now, with all of Cousins’ Hall of Fame endorsements rolling in, he and the team must back it up. Minnesota hosts Dallas in Week 11 and is a one-point underdog.