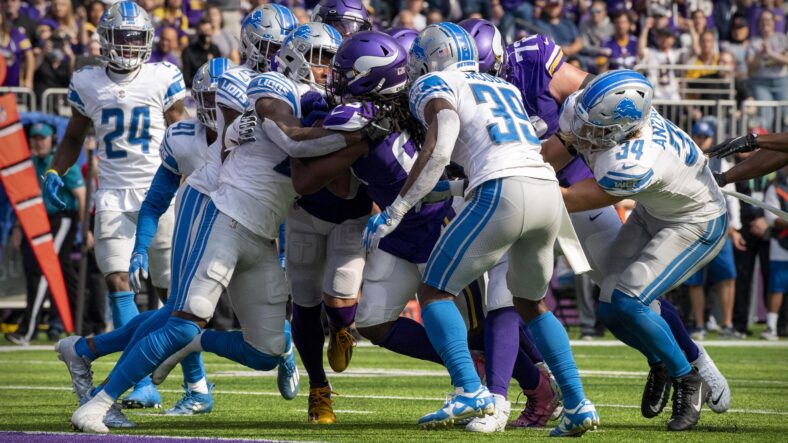 The following is news applicable to the Minnesota Vikings on September 21, 2022 — via tweet. This is updated throughout the day.

There has been a lot of talk about a new and positive culture since the hiring of Kevin O’Connell. After the devastating loss against the Eagles, this culture is tested, as the team has to show some resilience.

The Lions’ offense was extremely explosive in the first two games of the season. Wideout Amon-Ra St. Brown and running back D’Andre Swift are two of the most dangerous players in the league right now.

Today’s injury report is still relatively short. However, Harrison Smith would be a big loss for the defense.

The Vikings are still at the top of the NFC North. Of course, there are a lot of games left in the season, but the loss against the Eagles didn’t end the Vikings’ season.

The new regime apparently handles losses differently than the last one. We’ll see how that’s working on Sunday.

The Vikings running defense struggled heavily. Ed Donatell, the defensive coordinator, has to adjust and try to fix it. Growing pains have always been expected since turning to a new scheme and a bunch of new players. There will be 15 more chances to improve in the 2022 season.

VikeFans shared two videos of Fran Tarkenton talking about the first win of the Vikings against the Lions. The Vikings lead the all-time series 79-40-2.

Linebacker Jordan Hicks is confident that the Vikings can fix their defense easily. The good news is that they don’t have to wait long to prove it.