After Jordan Berry, Will There Be More Surprise Cuts for Vikings? 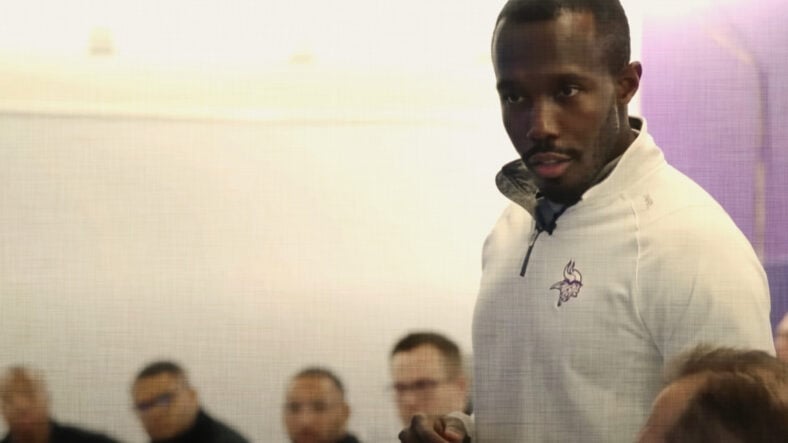 The Minnesota Vikings made what can be described as their first surprise cut when they released last year’s punter Jordan Berry, seemingly giving the job this year to undrafted rookie Ryan Wright.

Strange things happen all the time in the NFL, so the possibility of Berry returning to the Vikings shouldn’t be wholly dismissed. For now, though, the job seems to be Wright’s. By August 30, the Vikings need to have finalized the 53-man roster they plan to take into the start of the season.

Is there the possibility of more surprise cuts? Whether that be former starters, fan favorites, rookies, or new signings that were expected to stick around, here are a few names that I believe it’s worth keeping an eye on and might not make the final cut.

The Minnesota native has been hugely popular among teammates and the fanbase since becoming a Viking as an undrafted rookie back in 2016.

His performances in purple led him to a Pro Bowl and status as one of the best fullbacks in the league. The trouble for CJ Ham is fullback is a little used position in the NFL these days, although it was still essential to the offense former head coach Mike Zimmer wanted to run. It feels unlikely that it’s something that will get heavy use in Kevin O’Connell’s offense. An increased role in the passing game could increase Ham’s value and be the reason to keep him around. With four running backs possibly making the roster, a fifth in the form of a fullback would seem excessive.

If the Vikings chose to keep CJ Ham around, something would have to give. Rookie Ty Chandler is the most likely candidate from the running back room. He has impressed during the preseason, but so did AJ Rose last year. The difference is Chandler has draft capital behind him, being a fifth-round pick.

The Vikings would certainly want him back for the practice squad, but sending him to waivers is fraught with risk. The Vikings will probably like their chances of getting a fullback through waivers, which is why I think Chandler makes the roster and Ham doesn’t.

Center is again a problem for the Vikings, and Garrett Bradbury’s days in Minnesota appear to be numbered. The former first-round pick has failed to live up to the expectations. However, I don’t believe we’ve seen enough from Austin Schlottman or Chris Reed yet to thrust them in as the starter. The Vikings may make a move at center in the way of a trade. If that does happen, Bradbury could be out.

There’s a lot of competition at cornerback on the Vikings roster. The signing of former Green Bay Packer Chandon Sullivan seemed to be the answer at nickel. His experience may see him keep hold of that place, but he’s had a difficult preseason.

Compounded by Bashaud Breeland-esque comments on social media, his spot on the roster doesn’t feel as secure as it should be. He needs a solid finish to preseason to cement his place.

Following the trade for Nick Mullens, this wouldn’t be as big of a surprise as it once would have been. However, if the Vikings decide to cut Kellen Mond, it would still be a bit of a surprise. I’m not sure he would make it through waivers as someone else will take a game on the physical tools Mond posses. Giving up on the third-round pick this early will be a tough decision, though made easier by the fact the people who drafted him are no longer around.