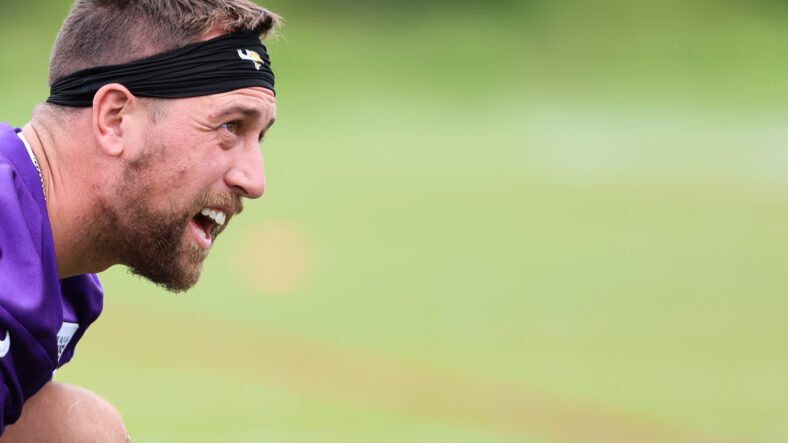 In Monday’s reveal of Madden scores for NFL wide receivers, Minnesota Vikings veteran wideout was afforded some respect, placing as the league’s 16th-best WR with an 88 score.

Thielen joined the Vikings as an undrafted free agent in 2013, eventually seeing the field in 2014 as a special teams contributor. A year later, Thielen was allotted WR targets in the Vikings offense led by Teddy Bridgewater, especially near the end of the 2015 season. And the year after that, Thielen became a bonafide starter, honing his craft along the way.

While Thielen heads toward his age-32 season, a period when pass-catchers tend to slow down, he still ranks higher per Madden ratings than Ja’Marr Chase, who won the NFL’s Offensive Rookie of the Year award in 2021.

Chase, a teammate of Vikings WR Justin Jefferson at LSU, set the single-season receiving yards record among rookies, recording 1,455 during his maiden NFL voyage. The record was previously held by — you guessed it — Justin Jefferson from the 2020 season.

Chase’s Bengals even reached the Super Bowl during his rookie campaign, with Joe Burrow — another LSU peer of Jefferson’s — captaining the ship. Cincinnati lost in the championship to the Los Angeles Rams, a team offensively coordinated by Kevin O’Connell, who became the Vikings head coach soon after the Super Bowl conquest.

Of course, Chase is more talented than Thielen and possesses a higher upside at 22 years old. Still, Madden is often hesitant to hand young players the scepter, using their rating system to make players “prove it” before passing the monsters-of-rock veteran players. Such is the case — evidently — for Chase and Thielen in the Madden rankings.

What’s more, Thielen has undergone a career metamorphosis as of late. From late 2015 through the 2018 season, he tallied oodles of receiving yards but didn’t find the endzone at a pace congruent with his yards output. Then, everything flipped. Thielen hasn’t registered a 1,000-yard season since 2018, but his touchdown total spiked tremendously. Since the start of 2019, Thielen ranks fourth leaguewide in receiving touchdowns (30), bested by [in order] Mike Evans (35), Davante Adams (34), and Tyreek Hill (31).

Plus, that touchdown total from Thielen arrived with reduced playing time. Because of injury and one COVID-related absence, he’s missed 22% of all football games in the last three seasons.

With the aforementioned O’Connell in charge, the Vikings offense figures to fancy an aerial assault more frequently. Accordingly, Thielen and his pal Jefferson should benefit from a production standpoint.