A Sharp Turn toward Boxing for Vikings Legend 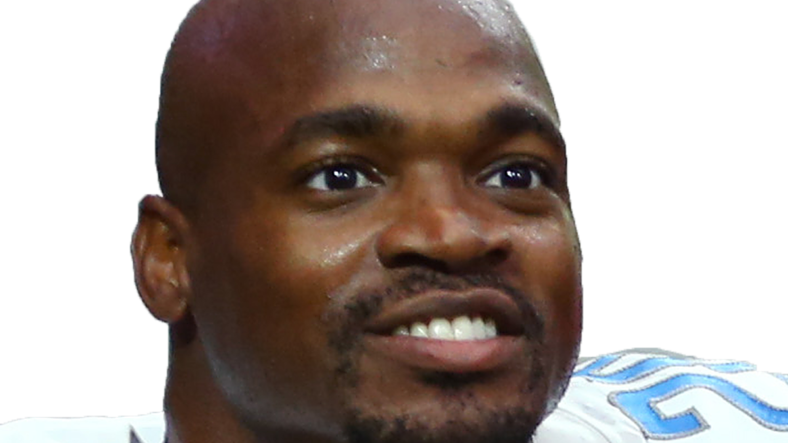 Former Minnesota Vikings running back Adrian Peterson hasn’t expressly retired from the NFL yet, but he could be on the way to a boxing ring — to fight Le’Veon Bell, according to TMZ.

Peterson last played for the Seattle Seahawks in 2021 and is a free agent.

The Vikings drafted Peterson in 2007, revamping the franchise for a decade. The team reached the NFC Championship with Brett Favre at quarterback in 2009 while Peterson ran wild in his third season. Peterson is the NFL’s fifth-leading rusher all-time and needs 352 yards to pass Hall of Famer Barry Sanders for fourth place. The ex-Viking is 3,437 yards away from the all-time rushing king, Emmitt Smith.

The pivot to boxing is a plot swerve, to be sure, but Peterson has always been a cyborg-like athlete. In that vein, the news isn’t too surprising. Peterson’s former teammate, Bryant McKinnie, has mentioned numerous times on The Bleav in Vikings Show that Peterson enjoyed “play fighting” with the gigantic left tackle because he considered him “the bad guy in the video game.”

Other NFLers have tried boxing after football, including Lyle Alzado, Mark Gastineau, and Ed “Too Tall” Jones. Frank Gore, a peer of Peterson’s, also pulled off a successful boxing debut in May.

In May, Peterson told FOX 9 in Minneapolis he wanted to return to the Vikings, “I’ve seen stranger things happen. But they’re set with [Dalvin Cook], he’s just a great talent. Who knows? It could possibly happen. But when it’s time for me to retire, of course, I’ll be back in a purple uniform, for sure.”

TMZ ended the boxing report by stating, “While the fight is not confirmed just yet, our sources say it’s just a matter of time.”

Peterson is 37 years old. It is unclear if he’ll play in the NFL this season. Peterson’s would-be opponent, Bell, is also a free agent, lasting playing for the Tampa Bay Buccaneers in 2021.