Future Hall of Famer Wants Back on Vikings, Eventually. 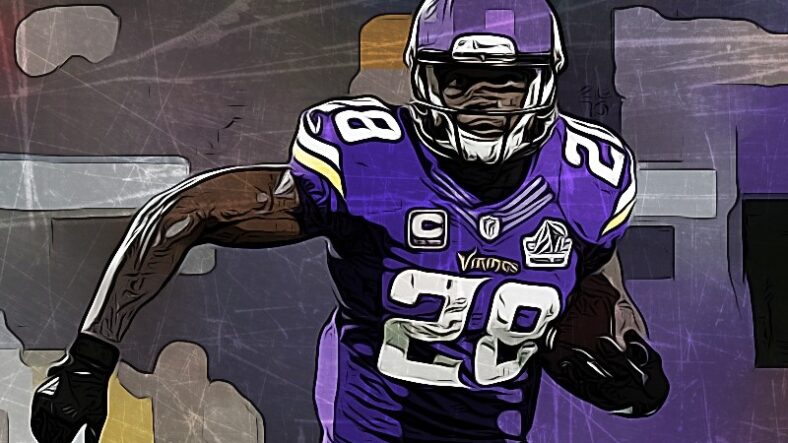 Future Hall of Famer Adrian Peterson is nearing the end of his NFL career — if he isn’t there already.

And those numbers are why Peterson is a sure-fire Hall of Famer, spending his first ten seasons with the Vikings. After that, Peterson played for an extensive list of teams, including the Saints, Cardinals, Commanders, Lions, Titans, and Seahawks.

“I’ve seen stranger things happen. But they’re set with [Dalvin Cook], he’s just a great talent. Who knows? It could possibly happen. But when it’s time for me to retire, of course, I’ll be back in a purple uniform, for sure.”

Indeed, Minnesota doesn’t need a running back right now — in any capacity, really — possessing Dalvin Cook, Alexander Mattison, and Kene Nwangwu on the roster. So, the theoretical addition of Peterson anytime soon to the Vikings roster is wildly unlikely.

If Peterson plotted retirement plans, however — which is typically what running backs over the age of 35 do — signing with Minnesota for a final “one-day contract” adds up.

In his long career, Peterson reached the postseason four times — all with the Vikings — with the only win as the playoff game back in 2009 when the Vikings crushed the Dallas Cowboys at the Metrodome. Otherwise, Vikings teams with Peterson on the roster finished 1-4 (.200) overall in postseason contests.

Peterson states, almost annually, his desire to play “a few more years,” so that soundbite is likely on the way in the coming weeks or months. Usually, he signs on with a team needing an RB2 or RB3, scores a few touchdowns, that team fails to qualify for the playoffs — and then on to the next one.

It is unclear if that habit will continue in his 16th season.