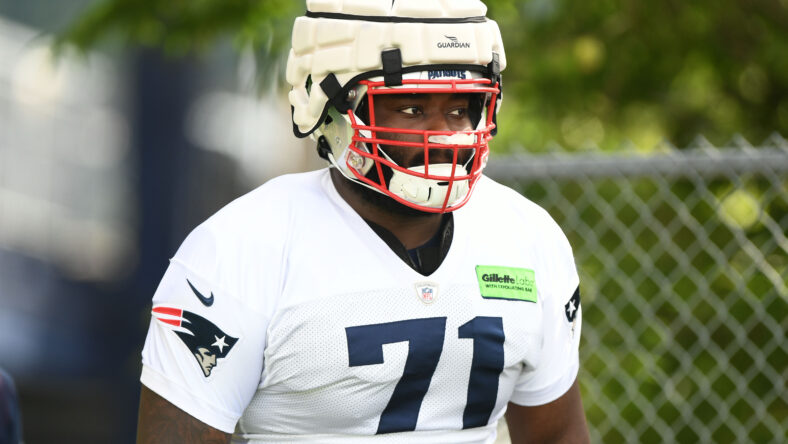 The Minnesota Vikings and the New England Patriots were involved in very different games last week. While the Vikings were getting blown away by the Cowboys, the Patriots and Jets were tied at 3-3 with less than 30 seconds left in the fourth quarter, and a punt return touchdown won the game for New England.

A close, low-scoring affair seems most likely with the Vikings and Patriots set to square off on Thursday Night Football. Minnesota will need a much-improved defensive performance, but New England doesn’t possess the offensive weapons that Dallas has. However, they have an equally formidable defense that the Vikings offense must find ways of attacking with more success than they managed against the Cowboys.

It promises to be a battle, and here are four of the Patriots key players to watch.

The key to the Patriots offense is running the ball, and they have two good running backs. Rhamondre Stevenson and Damien Harris are a dual threat that the Vikings defense will have to combat. The more the Vikings can put the game into the hands of Mac Jones, the more success they are likely to have.

The more experienced Harris is the nominated starter, but he has problems with thigh and hamstring injuries. As such, Stevenson is likely to take on the heavy workload. The second-year running back has 644 rushing yards this season and averages a respectable 4.5 yards per carry. Both are also capable in the passing game, something the Vikings need to be wary of after conceding over 100 receiving yards to Tony Pollard last week.

Michael Onwenu is the player Vikings fans are dreaming about, an absolute stud at right guard. Found in round six of the 2020 draft, he came straight into the league playing at a high level and was voted to the PFWA All-Rookie team in 2020.

Pro Football Focus grades him as the third-best guard in football, with an overall grade of 84.6 to go with the 80+ grades he received in his first two seasons.

Onwenu is always a massive part of the Patriots offensive line, but with some injury problems in the unit, he is even more so. Veteran center David Andrews was feared to have picked up a possible season-ending injury. Incredibly, he was back at practice on Wednesday, albeit in a limited fashion. Versatile lineman Isaiah Wynn is also struggling with a foot injury.

Some of the best pass rushers in the business will be on show on Thursday night. The star for New England is veteran edge rusher Matthew Judon, who is enjoying a marvelous season. He already has 13 sacks this season, more than he’s had in any other season, with seven games left to play. He currently leads the league in sacks by 2.5 and is putting together a season with him in Defensive Player of the Year contention.

The Vikings offensive line failed to cope with Micah Parsons last week and only days later face another pass rusher playing at an elite level. If Judon can cause the problems Parsons did, it will be another uphill struggle for the Vikings defense.

My final key Patriots player is linebacker Ja’Whaun Bentley, who is having an excellent season. A good all-around linebacker, solid in all phases of defense, whether it be pass rush, run defense, or coverage. He may find himself lined up against Vikings tight end T.J. Hockenson. That will be a significant matchup, and whoever comes out on top will put their team in a strong position.

He will also be important in run defense, an area he particularly excels. This is a game where the Vikings will need to establish the run with Dalvin Cook. If Bentley can help his team bottle up Cook, the Vikings will face problems.