3 Vikings Players To Watch vs. Cardinals 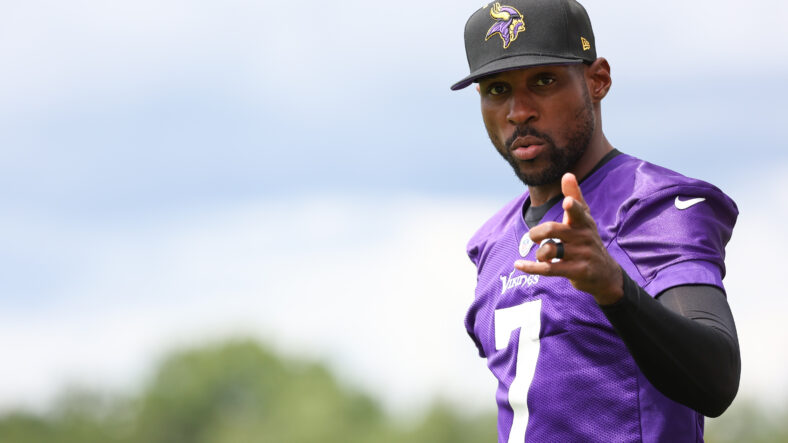 The Minnesota Vikings come fresh off the bye week, ready for a showdown at home against the Arizona Cardinals. The Vikings are looking to improve to a 6-1 record and maintain control of the north division in the NFC. As we enter Week 8, here are my three Vikings players to watch against the Cardinals.

It was back in 2011 that the Arizona Cardinals drafted Patrick Peterson with the fifth overall pick. After 10 seasons in Arizona, including three first-team All-Pro seasons and eight pro bowl selections, Peterson moved to Minnesota to begin a new chapter in his career and is now in his second season as a Viking. He might not be the same player selected to the 2010s All-Decade team, but he is still a good player.

He enjoyed a solid first year in purple and has started in even better form this year. Pro Football Focus gives him an overall grade of 73.0 in 2022. As much as the Vikings have struggled in pass defense, it hasn’t come in the direction of number 7.

In fact, both of the Vikings starting outside cornerbacks have been playing well. Peterson and Cameron Dantzler will have to be in top form again on Sunday. Even with Marquise Brown sidelined on Injured/Reserve, the Cardinals have an array of talent at the wide receiver position, headlined by the recently returned DeAndre Hopkins, but also includes Rondale Moore, AJ Green, and the newly acquired via trade, Robbie Anderson.

Peterson hasn’t allowed a touchdown this season, holding opposing quarterbacks to a 52.1 passer-rating against. He will hope to keep that record intact, but I’m sure he will strive to make a big game-defining play too. Don’t be surprised to see him pick off a pass from Kyler Murray. Speaking to the press this week, Kevin O’Connell has suggested we may see Peterson up at the line of scrimmage more, competing man to man. That would be a significant development to the Vikings defensive scheme.

Jordan Hicks doesn’t have the legendary status of Peterson out in Arizona, but he, too, is a former Cardinal. Hicks was a teammate of Peterson in Arizona, where he spent three seasons between 2019 and 2021. He rejoined his former teammate in Minnesota for this season and is an integral part of the Vikings defense as part of a middle linebacker tandem with Eric Kendricks.

Both Hicks and Kendricks have been good in terms of run defense, pass rush, and making tackles. However, they are a big part of a significant flaw in the Vikings defense this season. They are struggling to drop back into coverage quickly enough, leading to the Vikings getting gashed consistently in the middle of the field in the passing game. It’s not the sole responsibility of the linebackers — the slot corner and safety also have a role to play.

Communication has been an issue, and, to some degree, mistakes are likely when a defense is learning a new scheme. The hope is some of the problems of the early weeks will begin to be ironed out post-bye week.

If they aren’t, the Cardinals have just the player to exploit the weakness in veteran tight end Zach Ertz. Hicks will want to put on a show against his old team, and it would be a perfect time for everything to come together.

The Cardinals do not have an elite shutdown cornerback nor the type of corner who can get physical with Adam Thielen. That’s where Thielen has somewhat struggled, yet also drawn a lot of beneficial penalty flags this season. If the Cardinals attempt to double-team Justin Jefferson, this is a matchup that Thielen should be able to take advantage.

Arizona’s best corner is Byron Murphy Jr, and he is best suited to playing in the slot. Their two outside corners are not players who will strike fear into the heart of the opposition. Second-year cornerback Marco Wilson has an overall grade of 44.3 from PFF, while Trayvon Mullen scores an even lower 40.3, including a coverage grade of just 39.0.

This is a chance for Thielen to have a big game and show people he still is a quality operator. I’m making the bold prediction that Thielen will go over 100 receiving yards in a game for the first time since Week 6 of the 2021 season.