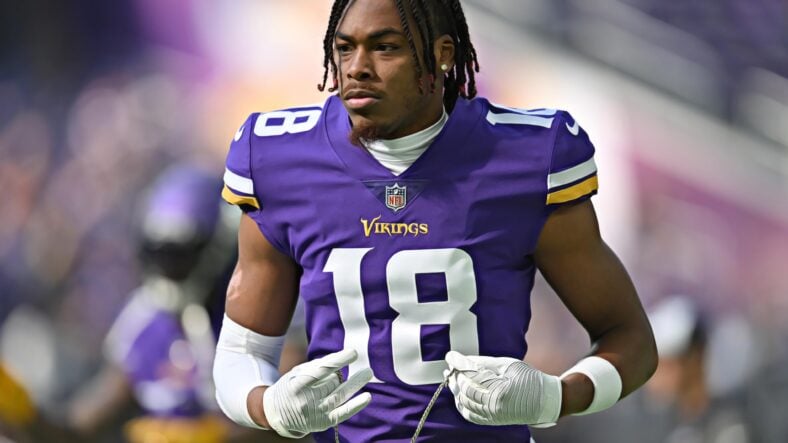 Each week, VikingsTerritory details 20 statistical or interesting facts about the upcoming Minnesota Vikings game. This week’s edition involves the Washington Commanders, who are 3.5-point underdogs facing the Vikings in Week 9.

These are the 20 random facts to know about Commanders-Vikings:

1. The Commanders offense ranks 30th in the NFL per DVOA — and didn’t improve much when Taylor Heinicke joined the starting lineup three weeks ago.

2. Since the start of 2021, Washington is the league’s 23rd-best home team. FedEx field is not a terribly daunting place for opponents.

3. The Commanders have the NFL’s third-best 3rd Down defense, stifling opponents to the tune of a 31.0% conversion rate.

5. No one has more sacks or tackles for loss than Za’Darius Smith through Week 8.

6. Dalvin Cook is on pace for 1,362 rushing yards and 12 touchdowns, which would be the second-best season of his career.

8. Justin Jefferson is on pace for 1,826 receiving yards and 7 total touchdowns.

9. A TE drafted in the 1st Round hasn’t played in a game for the Vikings since 1967. His name was Marlin McKeever.

14. According to Pro Football Focus, the Vikings best player at the moment is Christian Darrisaw, with an 85.8 grade.

16. Washington has one former Vikings player affiliated with its current roster: Taylor Heinicke. Most teams have at least two or so.

17. This is the difference coaching can make:

18. New TE T.J. Hockenson is now apart of a team with at least six wins for the first time in his career.

19. The Commanders haven’t had a QB throw for 3+ TDs and 0 INTs in a home game since Kirk Cousins left.

20. Minnesota is amid its first five-game win streak since 2017.