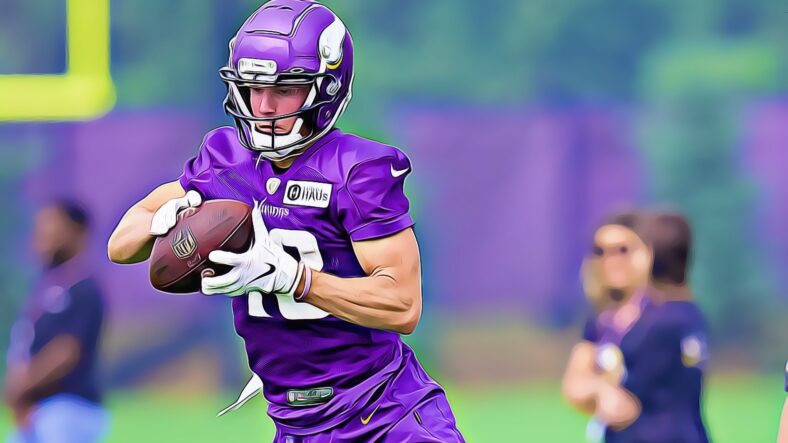 In what can be classified as a nothingburger compared to other NFL teams, the Minnesota Vikings began 2022 training camp with good luck regarding injuries.

Teams are required to report injured players not slated for action in training camp because of injury, and for the Vikings, the “physically unable to perform” designation applies to two players — Blake Proehl (WR) and Ryan Connelly (LB).

Of course, “news of injured players” is never cause for rejoicing, but just two players, both reservist personalities, are a relief-inducing declaration for Vikings fans. Had the Vikings announced something to the effect of “Danielle Hunter and Za’Darius Smith begin training camp on the PUP list,” you might move to Turkmenistan and quit watching football altogether.

Connelly, who is on the PUP list, is a fourth-year linebacker originally drafted by the New York Giants in 2019. The former 5th-Rounder joined the Vikings at the beginning of the 2020 season. He is on the bubble to make the 2022 53-man roster and probably teeters toward making the cut. However, in no purple universe will he begin the regular season as a starter. Connelly has played one defensive snap for the Vikings in his life, instead utilized heavily as a special teams commodity.

If Connelly’s injury drags into the regular season, it’s not the end of the world.

Similarly, Blake Proehl, a wide receiver, is a maybe-maybe-not for the 53-man roster. He was an undrafted find in 2021, playing his collegiate football at East Carolina. Proehl was injured before the 2021 regular season and did not play for the Vikings as a rookie. He’s known for speed — a 4.47 40-yard dash at the 2021 NFL Combine — and football lineage. His father is Ricky Proehl, who played in the NFL for 17 years with six different teams. And Vikings fans adore sons of former players, so Proehl, the son, has that going for him.

The scant PUP list almost means players previously battling spring injuries are seemingly “good to go.” Rookie cornerback Andrew Booth watched his draft placement fall because of a sports hernia malady leading up to the 2022 NFL Draft. He is not a member of this year’s PUP list. Additionally, second-year wideout Ihmir Smith-Marsette, who battled a leg injury at June’s minicamp, is absent from the PUP. Smith-Marsette should be a full go on Tuesday when all Vikings players report to Eagan. Smith-Marsette was even featured in a Vikings mini-video about the start of camp.

The takeaway? “Only” two players — both of them non-starters — on the PUP list is an early win for Minnesota, a franchise that again renewed all-in stakes for arguably the seventh consecutive season.

Minnesota heads to Las Vegas for a preseason date with the Raiders on August 14.