Tyreek Hill a Viking? In his dreams…no really! 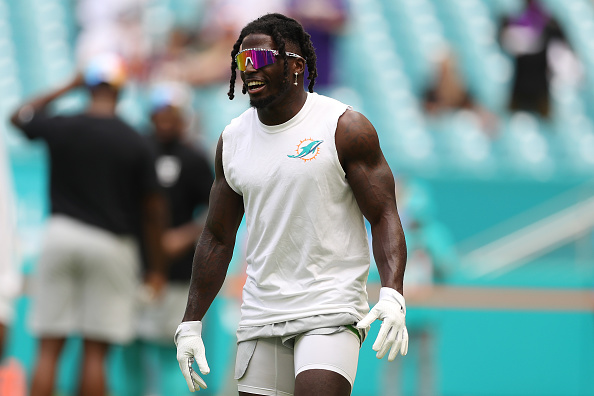 In a bit of surprise and superfluous news for the weekend, Miami Dolphins star wide recevier Tyreek Hill made a bit of a splash admission last night and it has to do with your Minnesota Vikings.

Hill was running a stream online over the weekend and claimed that if he had his choice of what team to play for coming into the league, he would have chosen the Minnesota Vikings!

“Growing up a kid, I was a Minnesota Vikings fan. I love the Vikes man!”

Apparently, Hill grew up a Vikings fan! Just imagine, Justin Jefferson on one side and Hill on the other. It’s good to be a Dolphins fan right now with Waddle and Hill, though it’s not all bad cheering for the purple and gold right now either!