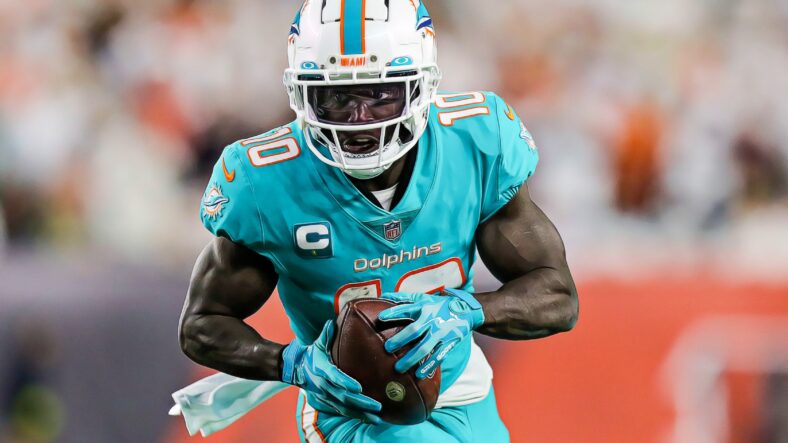 This weekend’s matchup between the Minnesota Dolphins and Miami Dolphins is very important for both teams. The Vikings can ride into their bye week 5-1 and on a high note, or they can be left with a sour taste in their mouths for a week. Meanwhile, the Dolphins have lost back-to-back games after starting the season 3-0 and need to get back on track.

Things got tougher for the Dolphins when head coach Mike McDaniel announced that seventh-round rookie QB Skylar Thompson would be the starter for Miami this week.

Of course, Tua Tagovailoa and Teddy Bridgewater both remain in concussion protocols leading up to the game. As a result, the Dolphins apparently decided to take a “no fun and games” approach in their preparation for the Vikings.

In an absolutely stunning turn of events, news came out that the Dolphins players had removed their ping-pong table from the locker room, according to the head coach, in an attempt to focus all their attention on the Vikings. McDaniel said on Wednesday that it was a decision made by the captains, including Tyreek Hill.

“Tyreek and the captains decided that they wanted to take a step forward with all their opponent prep with regard to the team and their preparation with our game plans in general. That, to me, is leadership. To me, leadership is acting, not talking. There’s a bunch of different examples from those guys, and that’s why they’re captains and that’s why I rely on them, because it’s about solving problems, not complaining about them.”

The story doesn’t end there, though. Apparently, the lack of ping-pong isn’t permanent and may not actually have anything to do with preparation at all. In what seems to have been a slow news day, Hill was asked once again about the now-famous ping-pong table on Thursday.

The star wide receiver said that the actual reason for removing the table was that he custom-ordered a new table for the locker room.”

“I just decided to get like an all-decked-out Miami Dolphins ping-pong table for the guys because the ping-pong table we had in here was just too basic. I feel like the guys really deserve something brand new.”

He went on to say that he fully trusted every player to be focused on football, and everyone in that locker room is a professional athlete and knows their job.

So, what do you think? Will lack of ping pong have a positive or negative impact on the Dolphins performance? Let us know on Facebook and Twitter. And, most importantly, what features should a non-basic, decked-out Dolphins ping-pong table include? Personally, I’m hoping there’s a blow hole in the middle that shoots water at the ball and knocks it off-course.