On cutdown day in the NFL, the Minnesota Vikings made some moves (in fact they made “moves like Jagger” to quote a popular song). The Vikings were tasked with paring their roster down to the 53-man limit by 3 p.m. Tuesday, and general manager Kwesi Adolfo-Mensah took that journey along a most circuitous path. Kwesi cut at least one starter, traded away a potential starter and acquired another with some fast and furious cutdown-day moves.

He waived defensive end Armon Watts, who had a decent season last year but might not be the right fit for the new 3-4 defensive scheme. Watts had reached incentives in 2021 which raised his base salary to a number that didn’t appear to be tenable for this cap-tight roster. The Vikings then traded a 6th-round pick to the Houston Texans for their former second-round draft pick Ross Blacklock (and a 7th rounder), saving them more cap money. 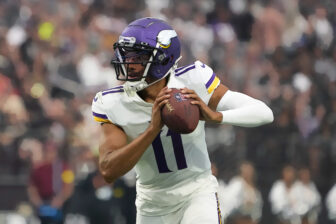 Later in the day, the Vikings traded Jesse Davis (the odds-on-favorite to start at right guard when he was signed as a free agent this spring) to the Pittsburgh Steelers for a 7th-round pick. Davis had lost playing time in the preseason to rookie guard Ed Ingram and it now appears he has won the RG starting job for the Vikings offense this season.

Finally, on Wednesday, the Vikings acquired wide receiver Jalen Reagor from the Philadelphia Eagles (for a 7th-round pick and a conditional fourth). Reagor was selected a pick ahead of Justin Jefferson in the 2020 draft—which should make for an interesting wide receiver room. Kwesi and head coach Kevin O’Connor are clearly building the team they want to build. It’s like it’s been a second draft day for this new regime. 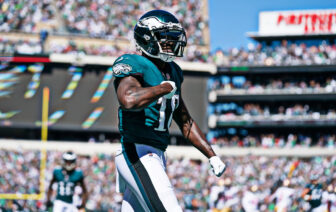 Tack on the waiving of backup quarterbacks Sean Mannion and Kellen Mond (made possible by the trade for former Las Vegas Raiders backup QB Nick Mullens last week) and you have a jam-packed busy day for the Vikings personnel staff and for the Vikings Territory Breakdown podcasters—VT’s senior writer Joe Oberle and Star Tribune NFL Insider Mark Craig. The lads will break down a load of Purple cuts and look at who remains, either on the 53-man roster or the practice squad. There is plenty to tune in to check out, so we hope to see you there.