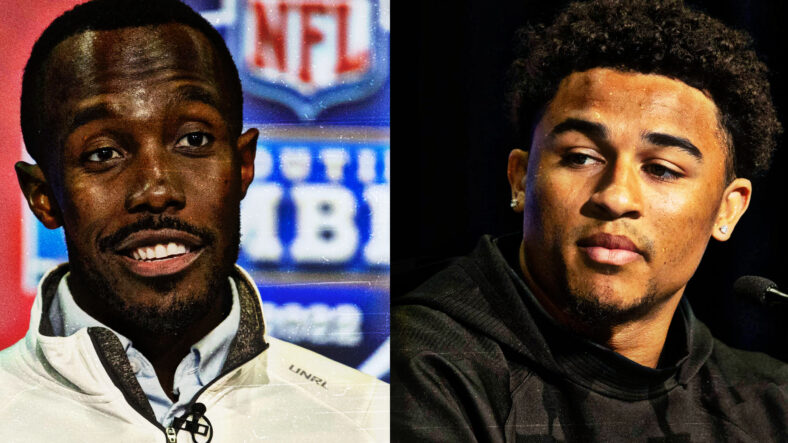 Former Minnesota Vikings general manager Rick Spielman was renowned for draft-day trades, but the purple tendency may not have been a Spielman exclusive.

After cornerback prospects like Ahmad Gardner and Derek Stingley Jr. scaled the draft boards of teams and pundits in recent weeks, the momentum for the Vikings trading down climbed, too.

The Vikings are most often linked to cornerbacks in the 1st Round of the 2022 NFL Draft because the position is an area of long-term need. For the 2023 season — so, a year from now — Cameron Dantzler is the only startable corner under contract. Patrick Peterson is back for a one-year deal in 2022, and the rest of the CB depth chart is filled with fringe starters or backup players.

But the Vikings may not find their cornerstone CB with the 12th pick. They might trade back, fortifying the roster with a plethora of draft picks instead of just one.

Draft analyst Tony Pauline from Pro Football Network seems to have it on good authority that Minnesota is very much in trade-back mode. On his podcast PFN Draft Insiders, Pauline said:

“The Minnesota Vikings like cornerback Trent McDuffie, basically as much as they like Derek Stingley, and everyone has them taking Stingley with that 12th pick. Since the combine, the Vikings have said that their goal is to trade down out of that 12th spot to move deeper into the first round, collect extra selections on Day 2, and then they’ll take the best player that fits their needs, who I think is Trent McDuffie.”

VikingsTerritory is unaware of any outward announcements of Minnesota trading back. So, either Pauline has sources indicating the inevitability, or his wires are crossed. But in the way he phrased the prediction, it doesn’t sound like much is left to interpretation.

Indeed, if Kwesi Adofo-Mensah values McDuffie as much as Stingley Jr. — not many draft personalities do — then trading back is absolutely a no-brainer.

Of all CBs in the NCAA last season who played at least 300 coverage snaps, McDuffie allowed the fewest receiving yards in the country to opponents, limiting pass-catchers to a total of 111 yards — in 11 games. And that certainly sounds attractive for a prospective cornerback of the future for a football team.

Overall, the takeaway from the Pauline soundbite is the foregone conclusion nature of a trade for Minnesota in Round 1. In the last two weeks, trading back was a wise theory attributable to the Vikings draft expectations.

But quotes like Pauline’s make it sound totally imminent.