Trade Talks Heat Up and Vikings Are in the Mix 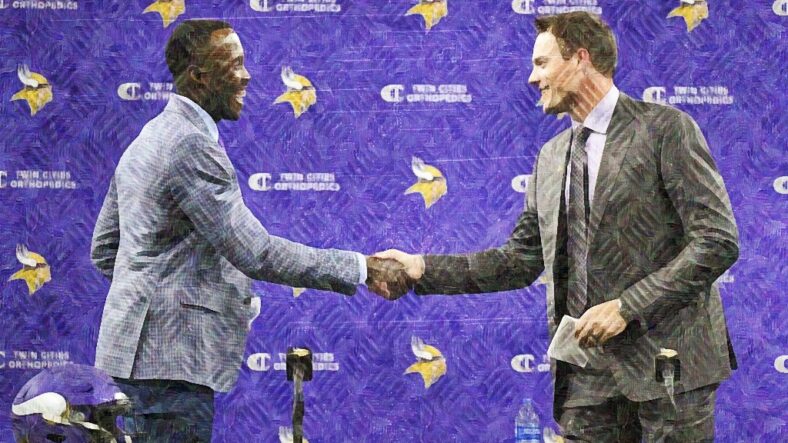 With the draft just one day away, trade talks are heating up across the NFL. The Vikings could find themselves right in the middle of those discussions. Jeremy Fowler noted in a tweet that spots 11-14 could be the sweet spot for teams looking to trade up.

This leaves the Vikings in a prime position to trade back and accumulate more draft capital. However, much of this will depend on who is available when the Vikings are on the clock. If one of the two top cornerbacks, Stingley and Gardner, are available, there is no way they trade back.

Although, recent betting market movements have Stingley the favorite to go 3rd overall. This jumps over Ahmad Gardner in a weird turn of events. Although, the Jets taking Gardner at 4th overall still makes the most sense.

If the betting markets are correct, the top 10 picks could be:

If you are doing the math here, there is a good chance that Kyle Hamilton falls right to the Vikings. That would be a blessing in disguise. He is one of the most talented players in the draft, and the Vikings have a sneaky need at safety.

On top of that, the Jets are reportedly making a move for Deebo Samuel. The 49ers jumping to the 10th overall pick could solidify Jameson Williams as that pick. They would need to replace Deebo, and while Williams cannot do everything Deebo can do, he is undoubtedly a talented wide receiver.

What Does This Mean for the Vikings?

This is where things get pretty strange. If Stingley goes 3rd overall and the Jets pass on Gardner, how long do the Vikings wait to try to trade up for Sauce? If I am Kwesi and Gardner is available at 7th overall, I am trying to move up and make the deal happen.

Sauce Gardner feels like an absolute slam dunk pick. He might just be the best player in the entire draft. The guy has a dog mentality and unwavering confidence you expect in a lockdown cornerback.

However, they could wait it out and allow Hamilton to come to them at 12th overall. If the Vikings decide to go this route, they would need to hit on a cornerback in the second round. They might even choose to trade up into the late first-round or early second-round to snag one of these guys:

There are obviously a lot of moving parts still. Some of this could be one big smokescreen to throw other teams off their plans. Either way, draft day is upon us, and things are getting wild. Let’s hope Kwesi makes the right choice.