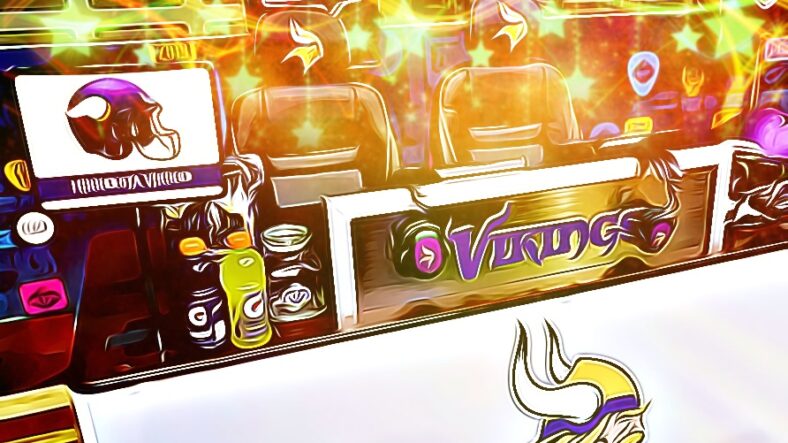 Draft day is finally upon us, and I couldn’t be more excited. This is the best day on the NFL calendar. Every franchise has spent months pouring over data and building their big boards. NFL analysts have been calling teams and creating mock drafts. Now the day has come for teams to make decisions that will impact the future for years to come.

The latest mock drafts have conflicting selections for the Vikings. It is difficult to know what they will do tonight because it depends on how the board falls. If Stingley Jr. is on the board, expect the Vikings to slam that pick. If Gardner falls past 7th overall, expect them to try to trade up for him.

However, these two recent mock drafts don’t have either of those scenarios playing out. Instead, the Vikings will be left with a question, who do they believe is the best player available?

In this mock draft by Trevor Sikkema, he has the Vikings selecting an athletic freak. Trevor has Kwesi going with the big man, Jordan Davis.

I love this pick! He is an absolute monster who can control the line of the scrimmage. For a team like the Vikings, who haven’t been able to stop the run for two years, they could use someone like this.

There are some question marks about if Jordan Davis can be on the field for three downs. There are more questions if he is just a run stuffer or can rush the passer. Honestly, I think some of this is overblown.

Maybe the Vikings ask him to drop 10-20 pounds to be on the field for all three downs. However, this might disrupt his run-stopping prowess. As far as his ability to rush the passer, ask yourself, is he incapable, or did Georgia not ask him to do it?

I fail to believe that a big man who can control the line of scrimmage is incapable of rushing the passer. We will see if Jordan Davis squashes those doubters come September.

If the Vikings do select Jordan Davis at 12th overall, you won’t hear me complain one bit.

In Dane Brugler’s mock draft, he is in a similar position. Both Stingley Jr. and Sauce Gardner are long gone. The Vikings need to select the best player available. For Brugler, he believes that will be Kyle Hamilton.

Hamilton has been a faller on draft boards ever since his pro day. Some experts are worried about his 40-yard dash time. However, when you watch this guy play, one thing becomes immediately apparent. He is just good at football.

Kyle Hamilton is instinctive. When he sees the play develop, he runs downhill to blow up the play. His tape is full of plays where it is a swing pass and splits blockers to blow it up. He can also be seen jumping routes across the middle as he disguises the defense well.

Although, it is worth noting his lack of speed could become a problem if teams get a speedy wide receiver one on one with him. The trick here is to try as hard as possible to not allow this to happen. Let Hamilton be a rover and allow his instincts to take over the game.

Once again, this is a pick that I would absolutely love. Although, the Vikings could still be trying to trade back. If they cannot get a trade-back deal done, they will have a great selection of players available.