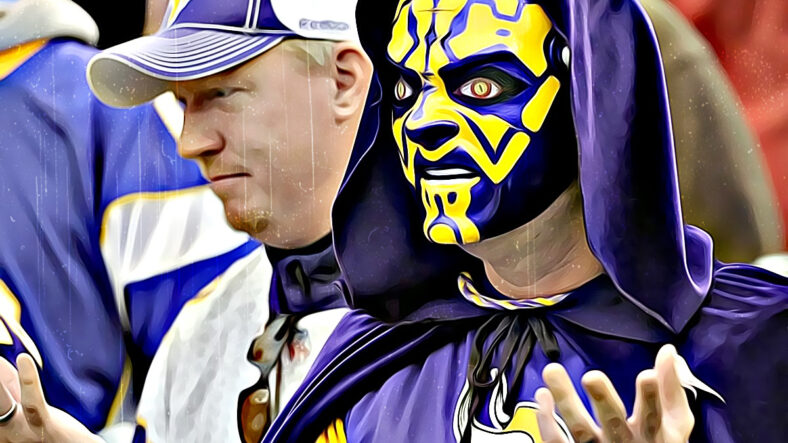 Remember the writer for Forbes who called Kirk Cousins “the issue” for the Minnesota Vikings last month?

Covering the NFL for over 30 years, Forbes‘ Steven Silverman evidently feels the franchise is just a comedy of miscues as of late, from Cousins’ extension with the team to draft swaps with the Lions and Packers.

On the first night of the draft, Adofo-Mensah executed this trade:

Then, Adofo-Mensah did business with Green Bay:

On the trades, Silverman wrote Adofo-Mensah, “will eventually learn that trading within the division is a pursuit that is fraught with peril.”

He continued by stating the Vikings boss “did not know that while conducting his first draft as the man in charge.”

It is severely unlikely that Adofo-Mensah was unaware of the stakes in dealing with divisional foes. Still, Silverman offered the cautionary tale about making moves with teams the Vikings play twice annually.

Green Bay was reportedly finagling a deal no matter to draft Christian Watson — whether it was with the Vikings or the team(s) below Minnesota. So, Adofo-Mensah thought, “why not us” for seizing trade value. And according to all draft-trade calculators, the Vikings were the victors — at least per initial value — of the trade.

To the credit of Silverman’s hypothesis, though, all anyone will adjudicate about the trade is the performance of Watson and Williams. If one of those men blossoms to Pro Bowl stardom, the Vikings will be skewered in the court of public opinion. It won’t matter what Lewis Cine, Andrew Booth, Ed Ingram, or Akayleb Evans do in the league. Wide receivers are the players that commonfolk recognize, so the trade will always be about Watson and Williams.

Therefore, a more inclusive lens is needed to judge the trades in years to come. Or, if Watson and Williams flop, all is forgiven.

Overall, Adofo-Mensah was bold and risky, and seemingly everybody noticed.