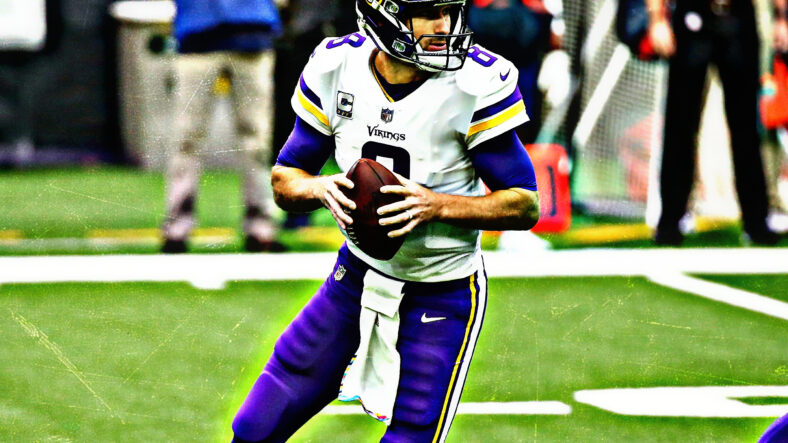 The Minnesota Vikings re-upped with quarterback Kirk Cousins in March, committing to the 33-year-old for an extra year. Not everyone enjoyed the idea, including Steve Silverman from Forbes.

January of 2022 ushered in widespread change for the Vikings, as the general manager and head coach were terminated after 16 and 8 years, respectively. Some onlookers of the organization expected a full-scale foundational rebuild from the roster up. In reality, the only items that changed were the front office personnel and coaching staff.

Free agency proved Minnesota’s ownership and new front office personnel firmly believe in the roster’s veteran core, even with Cousins at the helm at QB1. Now, under head coach Kevin O’Connell, who has preexisting ties to Cousins as a quarterback coach during the Washington Commander days, Cousins will get two more tries to take Minnesota toward the Promised Land.

But the reservation about that strategy is palpable. Some fans wanted to “be done” with Cousins, perhaps exploring a quarterback on a rookie deal from this year’s draft class, like Malik Willis or Kenny Pickett. But no cigar yet for folks pounding the table on that idea.

And the frustration was echoed on Sunday by Silverman, who’s written about the NFL for 30+ years. He called the Vikings front office, through implication, “apologists,” along with fans who support Cousins:

“The real issue is Cousins at the quarterback slot. Apologists for the quarterback can point to the revolving door at the offensive coordinator slot during his four years with the Vikings, but no matter who filled the position, the results were similar. Cousins puts impressive statistical performances on the board on a season-long basis, but his performance in big games against the toughest opponents has been poor.”

In the last two seasons, Cousins’ marks against teams that finished the season with a winning record are as follows:

During the timeframe, the 95.5 passer rating is sixth-best in the NFL against teams with winning records.

Silverman continued, “Adofo-Mensah and O’Connell can help all the surrounding parts, but the Cousins issue remains intact – no matter how much lipstick is used to pretty the picture.”

The article was even titled, “Minnesota Vikings Depending On New Leadership, But Cousins Issue Remains In Place.”

The criticism is nothing new, though, for Cousins and his role with the Vikings. Since the start of 2020, Minnesota ranks 27th in points allowed on defense, 28th in offensive line pass protection per Pro Football Focus, 29th in yards allowed to opponents, and last in the NFL in points allowed in the final two minutes of halves.

Still, by Silverman and others, Cousins is labeled the issue for the team’s disappointing 15-18 record since 2020.