An Area of the Draft the Vikings Must Avoid QB 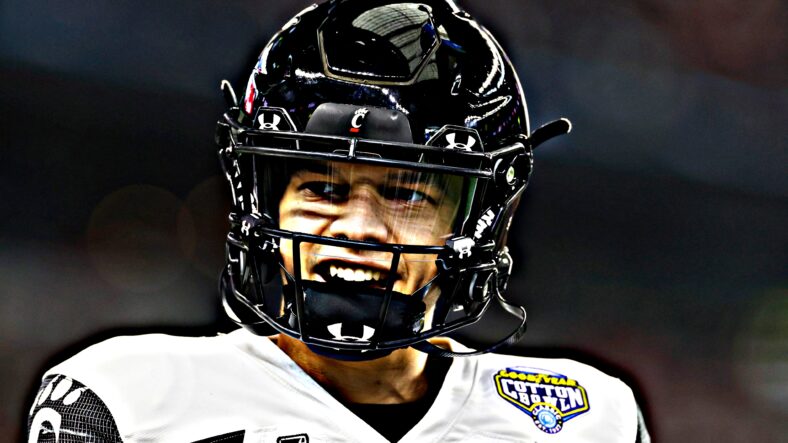 The Minnesota Vikings are committed to quarterback Kirk Cousins for two more seasons, extending the passer this offseason as the new leadership regime of Kwesi Adofo-Mensah and Kevin O’Connell waltzed into the organization.

Cousins, paired with O’Connell, will embark on a two-year trial to determine if the quarterback was indeed “untapped” by Mike Zimmer’s previous defense-always program.

As a hedge to the Cousins bet, some Vikings fans would like the franchise to draft a quarterback in this month’s draft, although the crop of players is considered underwhelming by most draft pundits — at least compared to other years. For now, Minnesota employs Sean Mannion and Kellen Mond behind Cousins on the depth chart. Mannion is a sure-fire backup player, but Mond has some raw potential to perhaps eventually flourish in the league.

Yet, if Adofo-Mensah and O’Connell aren’t sold on Mond — the former coaching staff certainly was not during Mond’s maiden voyage — exploring the 2022 NFL Draft for a Cousins successor isn’t too silly.

Based on somewhat recent history, though, Adofo-Mensah should avoid the 2nd Round of the upcoming draft, if history is a reasonable indicator of future outcome.

Why? Well, in the last 15 years, the only two decent quarterbacks to emerge from the 2nd Round — as long-term starters, anyway — are Andy Dalton and Derek Carr. And if the Vikings are content with that caliber of player, they should just stick with Cousins for the next five years.

Tweeted by Ben Baldwin on Monday, here’s the history of 2nd-Round quarterbacks since 2006:

Does that excite you? It shouldn’t.

The 2nd Round is a notorious “meh” breeding ground for quarterbacks. The moderately successful ones since 2006 are the aforementioned Dalton and Carr — plus Jimmy Garppolo (injury prone) and Colin Kaepernick. The other sixteen 2nd-Round QB draftees are mediocre or flatly not good. And, to be fair, the verdict is still out on Jalen Hurt.

Moreover, the Vikings maintain a roster [as of early April] that is decent but not very deep. Running backs, wide receivers, and interior defensive linemen are strong suits, but the rest of the depth chart needs fortification with players who can substitute in the event of injuries to starters. The inability to do so in 2020 and 2021 was arguably the team’s undoing. Whoever is chosen by Adofo-Mensah in Round 2 on April 29th will likely see on-the-field playing time in 2022.

Of course, the Vikings could defy the odds — the organization doesn’t do that very often — and be “the team” who ends the 2nd-Round spell with the selection of Desmond Ridder, for example. But history is stacked against recent 2nd-Round quarterbacks.

Minnesota is recommitted to Cousins — for better or worse — has Mond to develop and must bolster depth at crucial positions.

Plop those factoids on top of the queasy 2nd-Round history of quarterbacks, and Minnesota should avoid drafting a passer in Round 2.