With Draft One Week Away, Don’t Forget about the Punt God. 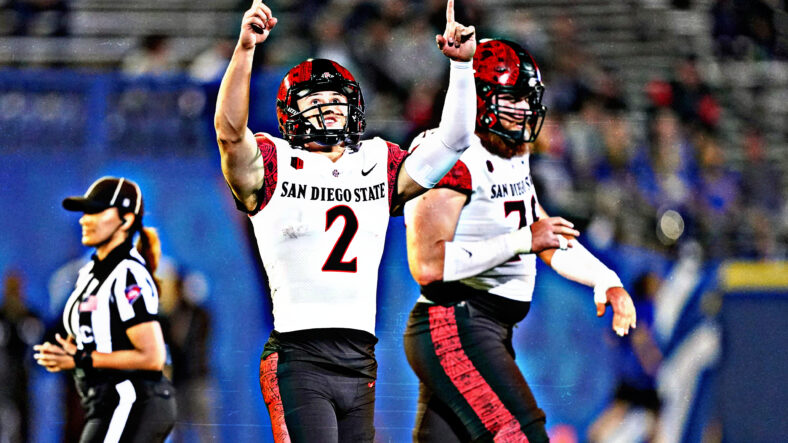 Minnesota Vikings special teams, particularly field-goal and extra-point kicking, send fans’ eyeballs to the tops of their skulls. For decades, Minnesota has been snakebitten by untimely special teams gaffes.

Previous attempts at repair failed, chiefly the drafting of Daniel Carlson from Auburn in 2018. Former general manager Rick Spielman chose Carlson in the 5th Round of the 2018 NFL Draft to fix the Vikings kicking woes, once and for all. And he did just that — for the Las Vegas Raiders.

With the Vikings, Carlson embarrassed himself in his first two games, causing Minnesota to lose a Week 2 road game at the Green Bay Packers in 2018. Back then, the coaching staff had zero patience for such tomfoolery, so Mike Zimmer and friends flat-out released Carlson.

Carlson was scooped by the Raiders, where he’d evolve into an All-Pro kicker and lead the NFL in scoring in each of the last two seasons. That’s how it goes for the Vikings and special teams. Again, eyerolls.

But the Vikings have a rare chance to fix — and maybe even thrive — with special teams. The plan involves a man named the Punt God.

He’s the punter-kicker every human conducting mock drafts has slid to his or her favorite team in the 5th Round or so. Gods command such treatment.

His name is Matt Araiza, and he can crush a punt over 60 yards as a matter of habit. He’s from California, born in San Diego, playing collegiate football at San Diego State. Araiza is also a kicker. The man kicks field goals, too, although he only converted 18 for 28 field goals as an Aztec in 2021.

Araiza is a special teams weapon, one you dream about while watching off-the-wall people kick 70+ yard field goals on YouTube.

The Vikings employ serviceable kickers and punters at the moment in Greg Joseph and Jordan Berry. But the flyer on Araiza would be to upgrade and a weaponization of special teams. The ability to hit punts for 60+ yards is a field-position utopia.

Moreover, the Vikings have five draft picks in the 5th Round and later. There’s a pathway to package some of those for Araiza — or just draft the man outright. You can thank the aforementioned Spielman for a bonanza of late-round draft capital.

Like every draft scenario, though, the chances of the Punt God finding his way to the Vikings are slim — like 1 out of 32 (3.1%). Yet, there’s a reason everyone envisions this dude kicking for their favorite team.