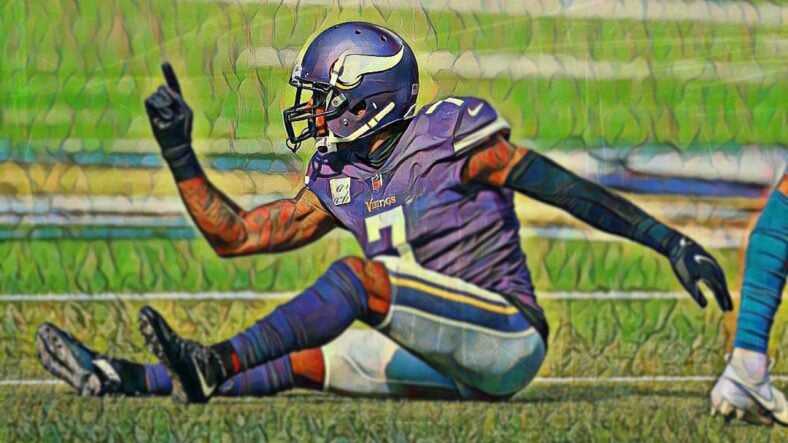 Patrick Peterson chose to direct a sequel with the Minnesota Vikings for at least one more reason.

He believes the roster, as currently constructed, is stacked.

You don’t have to wholeheartedly agree with him, but that is his spring interpretation of the Vikings 2022 roster. Peterson re-signed with the organization on Wednesday, inking a one-year agreement worth up to $4 million.

How do we know Peterson believes the Vikings roster is up to par for a contender? Well, he expressly stated it on his podcast, All Things Covered.

“It’s a great group of guys. I just felt like it was right to be there and grind with those guys. The team is stacked. We just couldn’t put it all together in certain situations (last year). I think we got better this offseason.”

No conspiracy theories are needed to explain the rationale, no yeah-buts — he just happens to think the current depth chart is poised to make a run, led by new head coach Kevin O’Connell.

In 2021, Peterson was Minnesota’s most consistent cornerback. He missed four games in November, and the Vikings felt the absence, leaning heavily on Bashaud Breeland and Mackensie Alexander as his replacements, who performed the task with varying degrees of success.

Those two corners no longer play for the Vikings — and won’t be back — instead outfitting the CB room with Cameron Dantzler, Chandon Sullivan, Nate Hairston, Harrison Hand, Kris Boyd, Parry Nickerson, Tye Smith — and probably a high-round draft pick to be unveiled in four weeks.

On the whole for defense, the stacked part mentioned by Peterson refers to Danielle Hunter, Za’Darius Smith, Eric Kendricks, Harrison Smith, Harrison Phillips, Dalvin Tomlinson, and Jordan Hicks. On paper, that defense should stack up nicely around the NFL.

That’s a lot of firepower, which the new general manager and existing ownership are banking on underachieving last season under a now-terminated head coach. The Vikings will try on the 2021 roster for size with new head coach Kevin O’Connell.

Peterson believes the roster is stacked — plain and simple. Wins and losses in five months will determine the integrity of the statement.

Per Vegas odds, before the NFL Draft, the Vikings are forecasted to win nine games next season.