Where the Vikings Spend Money, by Position 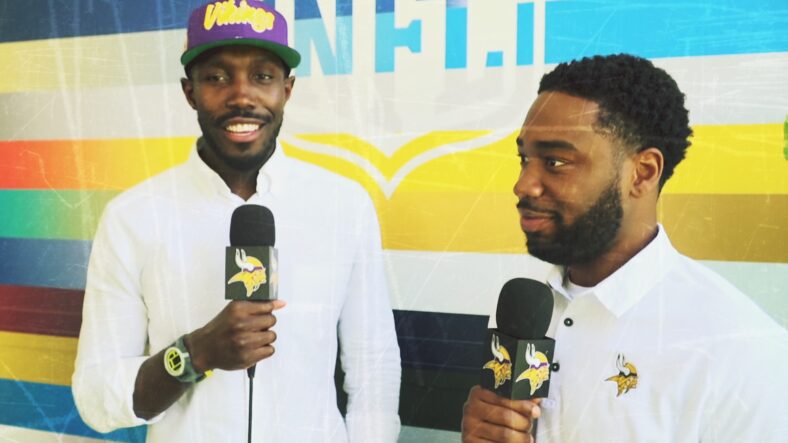 The Minnesota Vikings embark on the 2022 season with a new general manager and head coach but a roster largely similar to the 2021 edition.

Kwesi Adofo-Mensah took charge of the organization in January as general manager and hired Kevin O’Connell from the Los Angeles Rams in February.

Heading into a new season, this is where the Vikings spend their money, per NFL ranking and position (as of June 25). The positions are ranked in ascending order.

Harrison Smith earns a lot of money per season ($16m), but that’s about it for spending on defensive backs. Patrick Peterson’s contract is $4 million per year.

All things considered, the Vikings allotment to the defensive secondary is puny. That’s why Luke Kuechly calling Minnesota’s secondary the best in the NFL in May was so astonishing.

Eventually, Andrew Booth, Lewis Cine, and Cameron Dantzler will probably get paid big bucks, but that is not a 2022 problem.

Irv Smith Jr. encounters the most important season of his career to date because it will affect his pocketbook. We blinked, and 2022 is the final year of Smith Jr.’s contract.

Brian O’Neill rings up at $18.5 million per year. After that, it’s a steep drop-off to Christian Darrisaw at $3.3 million.

The Vikings don’t spend much on offensive linemen — plain and simple. Some teams spend over $50 million per season on the offensive line (Carindals, Lions). Minnesota is attempting to fix longstanding OL woes on a teensy budget. Like the defensive secondary, Vikings OL starters and depth players are on rookie contracts or modest veteran contracts.

Let’s face it. The Vikings kicker, punter, and long snapper are basically no-name players. Vikings fans know who they are, but the NFL body politic does not.

Thankfully, Minnesota’s special teams improved last year with this exact personnel, so under-spending doesn’t have to be a doomsday forecast.

This does not include EDGE rushers like Danielle Hunter and Za’Darius Smith.

The Vikings rank in the middle of the league for linebacker monetary allocation because of Eric Kendricks. For an off-ball linebacker, he earns a lot, making $10 million annually. Jordan Hicks joined back in March for $5 million each year. After Kendricks and Hicks [again], rookies tickle the depth chart.

Enjoy this “14th-most” for a while longer because this one will bloat soon.

Justin Jefferson is on deck to set the market for WR paydays, and those chats with Minnesota’s front office should begin in eight months. For now, Adam Thielen earns $16 million each season, the bulk of the Vikings WR cash.

Kwesi Adofo-Mensah timed the expiration of Thielen’s deal wisely with the beginning of Jefferson’s monster paycheck after the 2024 season.

This group has the potential to be incredibly productive in 2022 — if it stays healthy. Hunter and Smith — the billboard headliners — are coming back from notable injuries. If they click, the Vikings defensive trenches will be spooky. If injuries set in, Minnesota is in trouble.

This one is almost “no caption needed.”

Kirk Cousins is a Top-12-or-so NFL quarterback who earns Top-8 money. And for a 2022 cap hit, Cousins is even higher than Top 8.

Almost every grievance ever leveled at Cousins — there are a bunch — involves money. The Vikings habitually toss a bag full of guaranteed cash at the man, driving some folks bonkers.

The 2022 season is no different. The Vikings allocate ample dollars to QB1.

The debate isn’t as fierce as the incessant Cousins hullabaloo, but some Vikings enthusiasts don’t like the team spending money on running backs. They feel the practice is archaic.

Wide receivers are the new running backs for on-the-field importance as the NFL trends toward pass-happiness.

But the Vikings believe they employ a Top 5 halfback — newsflash: they do — and that he deserves an upper-echelon paycheck.