What a Vikings Trade with Saints Would Look Like 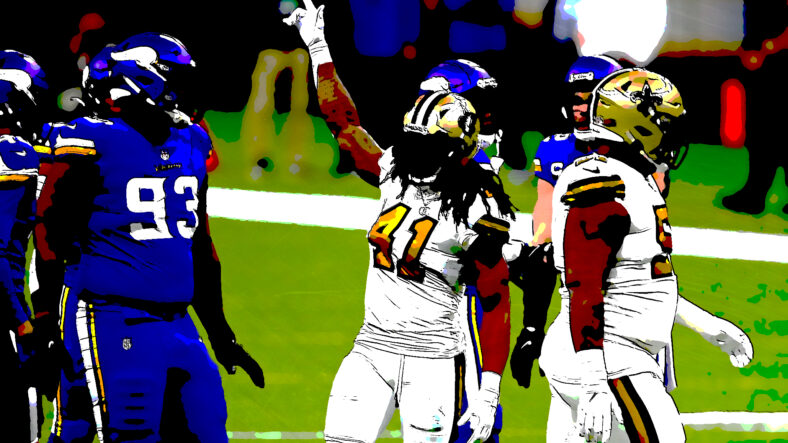 The New Orleans Saints may need to leapfrog the draft board to secure a quarterback of the future, and the Minnesota Vikings are a reasonable dance partner.

Momentum for the Vikings trading back has accumulated amid the last two weeks, featuring about four teams that could be in the mix. The Saints are one of them.

The 2022 season will be the first for New Orleans without Drew Brees or Sean Payton associated with the roster since 2005. Now is time for change, and a quarterback like Malik Willis or Kenny Pickett could be a conduit.

Here are a couple of scenarios detailing a Vikings-Saints draft trade.

This one is pretty straightforward. Because the Saints have the 16th pick on Thursday night, the Vikings only have to pay a four-spot bounty, presumably still in a position to draft Trent McDuffie or Andrew Booth Jr.

Then, for future planning, Kwesi Adofo-Mensah stuffs a future 2nd-Rounder in his wallet, cashing in that selection one year from now. Gratification would be delayed for fans on this one, but who cares? Next year’s draft would be all the more scintillating.

The Saints could nab Willis or Pickett at #12, and the Vikings still draft a starting cornerback. Boom.

Same drill here, but Minnesota drifts seven picks back instead of four. Accordingly, because the Vikings slide down is further, Adofo-Mensah receives a 2nd-Rounder now rather than later. In return, he must give up a 5th-Rounder from Saturday to make the deal equitable.

The Saints grab Willis or Pickett, the Vikings draft Andrew Booth Jr., and Minnesota feasts on two picks in the 2nd Round this Friday — where Adofo-Mensah would likely draft an EDGE rusher, wide receiver, or linebacker.

And, for curious folks, the Saints do not have a 2023 1st-Rounder, as that was traded to the Philadelphia Eagles earlier this month.