Welcome to the New Era of Minnesota Vikings 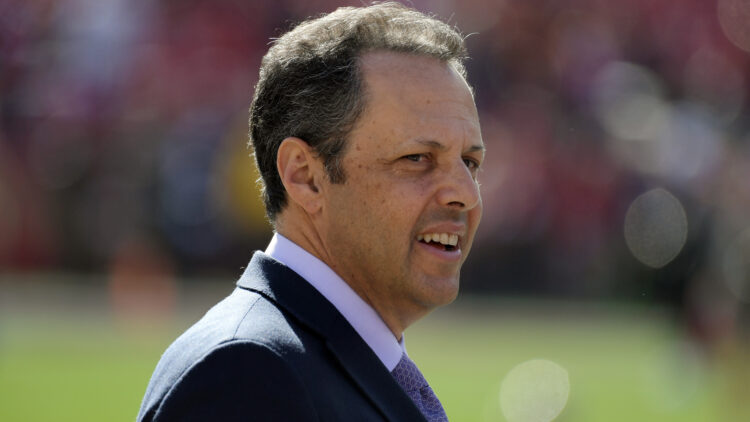 On Monday morning, the news broke that not only was head coach Mike Zimmer being let go, but in a surprise move, the Vikings organization also decided to part ways with longtime front office executive and General Manager Rick Spielman.

It was long expected that Zimmer would be fired after the season. Still, rumors persisted regarding the possibility of Spielman being retained within the organization and perhaps assisting in the search for a new GM while maintaining some role in the front office that he built. The idea behind this plan? Maintain some continuity in the front office during the search for a new head coach and the change that would occur with Zimmer’s replacement.

Obviously, that scenario did not happen with Spielman being let go, and this ushers into place a new era for the Vikings, complete with immense change coming both on the field with a new coach and in the front office. What will this new era mean for Minnesota? Well, we won’t know until the new GM and HC are announced and possibly not even then.

But one thing is clear. Significant change is coming.

In their meeting with the press on Monday afternoon following the firings of Zimmer and Spielman, a point that was reiterated constantly was the importance of communication and leadership skills for the new hires. While general positive platitudes like this are common, it seems that the Wilfs had grown disenchanted with Zimmer’s ‘tough guy’ approach, and the next hire at the HC position will likely be a much friendlier and more approachable figure.

As for the hires at the GM position, the Wilfs’ comments paint the picture that they plan to give the new GM substantial power, both in choosing who the new HC is and then going forward in the many crucial decisions upcoming for the Vikings franchise — greatest among these decisions what is to be done at the quarterback position going forward, with Cousins currently carrying a $45 million dollar cap hit for the 2022 season.

It has been reported around the league that of the open GM and HC positions, the Vikings’ openings appear the most attractive to possible candidates. Due to the investment the Wilfs have put into the team, while at the same time the long leash they hand to decision-makers regarding how best to win on the field, many names have shown up in rumor mills for both the GM and HC positions for Minnesota. And it remains to be seen who will be hired. The plan appears to be to hire a GM in the next couple of weeks and then work with that GM to find an ideal fit at head coach.

Regardless of what happens in the coming months, the new coach and GM will be evaluated over a period of years, and the jury will be out for the incoming duo likely until at least 2024. But like Zimmer and Spielman or not, the new leadership for Minnesota will have big shoes to fill. The Spielman/Zimmer era brought stability and established a winning culture, a culture that the new Vikings head coach must revitalize if they hope to avoid the same fate as his predecessor.

The Minnesota Vikings are not partaking in the postseason this year – they were eliminated by the rival Packers a couple of weeks ago – but silver linings exist.

An era of change is underway, evidenced by the terminations of the team’s key leadership figures, general manager Rick Spielman and head coach Mike Zimmer.

The next regime – the search is underway – will inherit two First-Team All-Pro football players, too. And the tally arguably could have been three men.

The NFL announced First-Team All-Pro rosters on Wednesday, plopping two Vikings on the squad with running back Kene Nwangwu and linebacker Eric Kendricks.

Kendricks, a player theorized to return with the Vikings in 2022, actually had a down year by his lofty standards. Per Pro Football Focus, Kendricks graded a 58.8, ranking 32nd of 88 qualifying linebackers. In 2020, Kendricks’ PFF score was 82.6. So, his grade dipped 29% in a single season.

However, Kendricks did tackle folks like a madman. He accrued 143 tackles, the ninth-most in the business. Kendricks and the Vikings certainly won’t complain about the All-Pro designation, but the award might’ve been afforded to him in large part due to reputation. See: Xavier Rhodes as a Pro Bowler in 2019 despite a terrible 46.4 grade from PFF.

Kendricks’ teammate, Kene Nwangwu, was spectacular in his rookie season. His All-Pro trophy was assuredly warranted. Nwangwu became healthy in November and promptly scored two kick return touchdowns upon his arrival —  a feat rare for the Vikings after the exodus of Cordarrelle Patterson from the franchise in 2017.

All told, Nwangwu returned 18 kicks for 32.2 yards per return – tops in the NFL. And that’s why the man is now an All-Pro.

On a downer note for Minnesota, Justin Jefferson did not receive the All-Pro accolade. He was nudged by Davante Adams, Cooper Kupp, and ex-teammate at LSU, Ja’Marr Chase. Jefferson took notice, evidently peeved by the perceived snub.

Jefferson notched more yards than Chase in 2021, but Chase grabbed three more touchdowns. For voters, the extra touchdowns made the difference. Too, Adams and Kupp absolutely deserved the recognition. The decision came down to Chase or Jefferson, leaving the Vikings wide receiver on the outside looking in.

In the Spielman-Zimmer era, from 2014 to 2021, the Vikings drafted three First-Team All-Pro players: Kendricks, Nwangwu, and Stefon Diggs.

Jefferson is a lock for Second-Team All-Pro honors. He earned the same title last year during his first season.