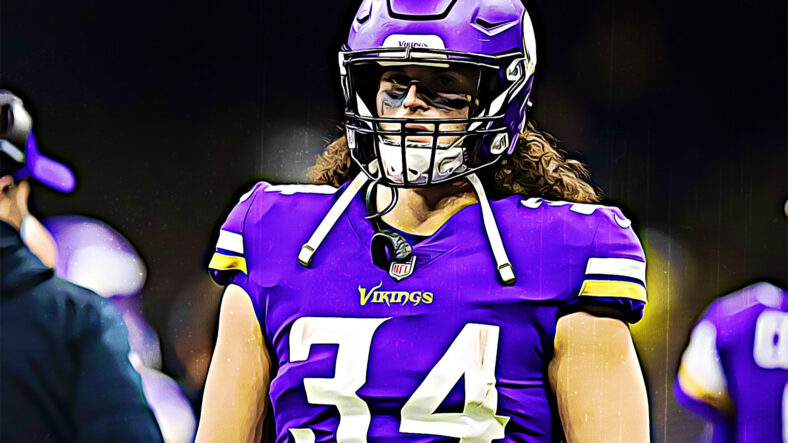 After the 2022 NFL Draft, an event in which the Minnesota Vikings added 10 new players, the franchise made several moves to expand the roster to 90 players.

One of them flew under the radar on Monday — the re-signing of fullback Jake Bargas.

Bargas, a hybrid fullback and tight end, was welcomed back to the Vikings, a team that signed him after the 2020 NFL Draft. He was a part of the roster in 2020 and 2021, mostly filling a practice-squad role. In two seasons, Bargas has taken just seven snaps on offense in Minnesota, all of them in the Christmas Day loss to the New Orleans Saints in 2020.

A North Carolina alumnus, Bargas projects a roster piece for the summer with an unlikely prognosis to make the 53-man roster in September. He played tight end at UNC, receiving passes from current Pittsburgh Steelers quarterback Mitchell Trubisky.

The Vikings already have a bit of an awkward situation at fullback before adding Bargas back to the 90-man roster. C.J. Ham is the longstanding incumbent. He’s been a member of the Vikings since 2017, the fullback for Mike Zimmer’s final five seasons. But Minnesota moved on from Zimmer in January, switching to Kevin O’Connell, the offensive coordinator from the 2021 Los Angeles Rams. And the Sean McVay and O’Connell Rams teams didn’t typically showcase a fullback — like at all.

So, on top of the mini-mystery for Ham, Bargas joins the team as onlookers await a verdict on fullback utilization. In all likelihood, Ham will stick around, and O’Connell will massage his offensive gameplan to accommodate the productive fullback.

On the other hand, unless the plan is to convert Bargas back to tight end, it is unlikely that the Vikings implement two fullbacks as mainstays of the 2022 depth chart.

Moreover, the Bargas reunion is a rare example of the Vikings re-upping with a “Zimmer guy” from teams of yesteryear. Of course, Minnesota re-signed Patrick Peterson, but “camp bodies” from the Zimmer era didn’t figure to be a priority.

But Bargas is back, and he is a familiar role-playing face.

Bargas has never had a rushing attempt or pass target in the NFL.