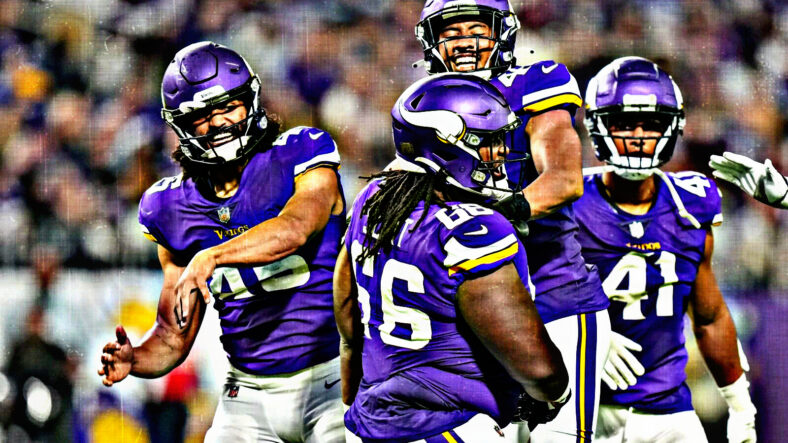 The Minnesota Vikings are auditioning a new kicker on a three-year deal named Gabe Brkic from the University of Oklahoma.

Signing Brkic situated the team at 91 players when 90 is the threshold until the regular season. Accordingly, the Vikings general manager and coaching staff had to cut ties with one player, and that was defensive lineman Jordon Scott.

Scott is a nose tackle, and Minnesota already employs three of those — Dalvin Tomlinson (the starter), T.Y. McGill, and Tyarise Stevenson. Armon Watts, who figures to start in 2022, even played nose tackle last season.

Therefore, Scott was the odd man out, at least temporarily. Often, when the Vikings waive players, those men return in a practice squad capacity as other players are eventually cut.

Born on Christmas day in 1998, Scott hasn’t played a regular season game in the NFL. He participated in the Vikings 2021 training camp and preseason, failing to make the 53-man roster. The Oregon alumnus arrived on the scene with the Vikings at this time last year, chosen to the undrafted free agent class of 2021 by former boss Rick Spielman.

Scott spent most of the ill-fated 2021 campaign for the Vikings on injured reserve with an undisclosed injury.

Without Scott, this is Minnesota’s current platter of defensive linemen:

The Vikings will learn the order of their 2022 opponents next week with the regular-season schedule announcement, the next step in an offseason of change.