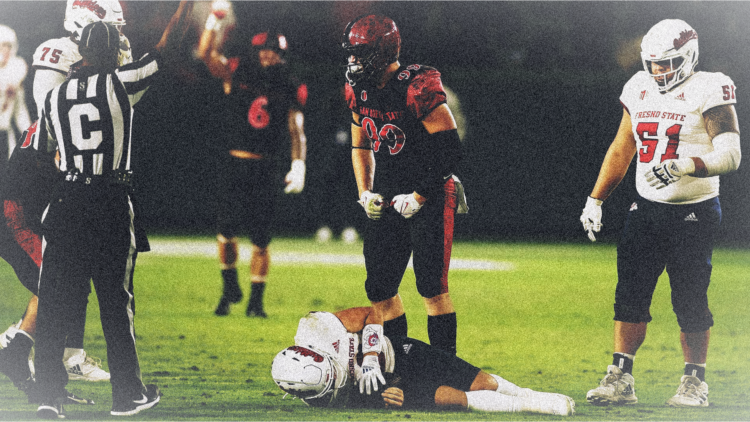 The 2021 Minnesota Vikings were a strange defensive team in the trenches, ranking in the Top 10 for sacks but possessing one of the worst overall defenses in the NFL. They sacked the quarterback with frequency but generally collapsed everywhere else — especially via run defense.

Even after superstar Danielle Hunter was lost for the season on Halloween night in a home loss to the Dallas Cowboys, Mike Zimmer’s linemen still found a way to sack quarterbacks. Again, though, on the whole, the Vikings defense nosedived in the absence of Hunter.

Moreover, long-time Viking Everson Griffen missed around half of the 2021 season, taking care of his mental health. It is unclear if Griffen will play for the Vikings again — or pro football at all.

Hunter’s future, too, is a mystery. He was in line to receive a long, expensive deal from the Vikings in recent years, but the brakes were pumped on that plan as Hunter has missed 79% of all games since the start of 2020. Hunter may or may not be a Viking in 2022.

Because the same uncertainty exists for Griffen, the Vikings could suddenly be devoid of pass rushers — like they were down the stretch this season.

To fix that, SI.com has a plan. In its latest mock draft, a “Senior Bowl edition,” Minnesota received Cameron Thomas, a pass rusher from San Diego State.

The mock drafter, Zack Patraw, said on Thomas to the Vikings:

“Versatile defensive lineman who aligns in a four-point stance anywhere from zero to seven technique, most frequently at three and five-technique. From the interior he is quick and urgent off the ball, getting quick penetration.”

In three years at San Diego State, Thomas logged 155 tackles, 39 tackles for loss, and 20 sacks. The man can play.

“A candidate for the Mountain West Conference Defensive Player of the Year, don’t be fooled by the helmet decal. Thomas is and has been one of the top defenders in the entire country. Also a semifinalist for this year’s Bednarik Award, given annually to college football’s top defender, the accolades and notoriety surrounding Thomas have begun to swamp the pre-draft circuit.”

This is the first time in a notable mock draft Thomas is linked to Minnesota. To date, several mocks focus on a cornerback for the Vikings — often Ahmad Gardner from Cincinnati.

The NFL draft occurs on April 28.