Vikings Rookies Are Back 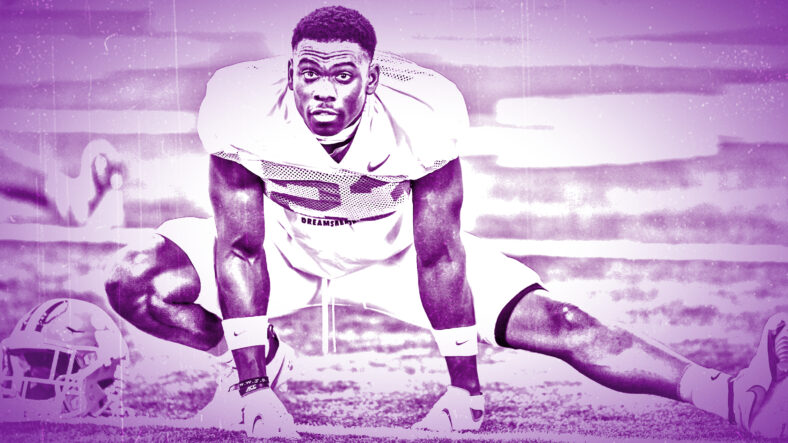 So far, the 2022 NFL season has offered tough luck the Minnesota Vikings rookie class. Lewis Cine is out for the rest of the season with a fractured leg, and Andrew Booth Jr. has missed the past four games with a quad injury. This past weekend, even worse luck showed up when Ty Chandler broke his thumb and landed on IR. However, some of the rookies that have been out are back to practice according to the injury report.

A notable player that has been completely removed from the injury report this week is Booth. He was upgraded from a DNP to a limited participant last week but sat out the game against the Bears in hopes of playing it safe for this weekend. Booth has now avoided the report in two straight days, making it ever more likely that he will return to the field on Sunday.

Two other rookies returned as full participants as well after being limited on Wednesday. Those two players are CB Akayleb Evans and WR Jalen Nailor.

Nailor has been working through a hamstring injury that forced him to sit out against Chicago as well. After being limited Wednesday, he participated in full on Thursday. Nailor made his first career reception on Ryan Wright’s fake punt in Week 4 against the Saints.

The more surprising return to full participation certainly has to be Evans. The rookie cornerback left Sunday’s game with a concussion.

Considering the situation surrounding Tua Tagovailoa and his injury that forced an impromptu change to the concussion protocols, it would have been easy to assume that the Vikings would proceed with extreme caution regarding the rookie. However, it seems that things are progressing well enough that he could potentially play on Sunday.

Around the rest of the roster, the only player not to participate in Thursday’s practice was EDGE D.J. Wonnum. He missed with an illness after not being on Wednesday’s injury report.

The only other player listed as limited was RB Alexander Mattison, who has been going through a shoulder injury. Za’Darius Smith upgraded to being a full participant after participating in a limited fashion on Wednesday.

Overall, it seems that most of the Vikings rookie class has been getting healthier as the season progresses. We may soon get to see what the Vikings truly have in the 2022 rookies.