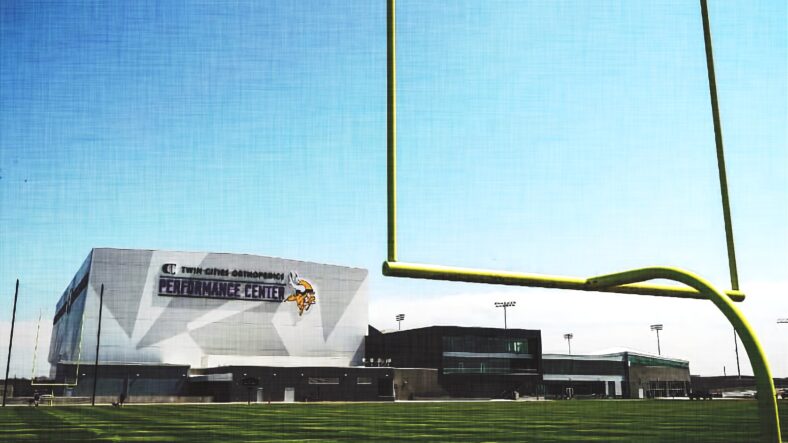 In years past at TCO Performance Center, the Minnesota Vikings welcomed the Jacksonville Jaguars and Denver Broncos as practice partners.

In 2022, that list could expand as the Vikings are trying to finalize an agreement with the San Francisco 49ers. The news arrived late last week and was announced by Ben Goessling of the Star Tribune.

The 49ers as a dance partner this summer checks out because of the new general manager’s old ties. The Vikings fired Rick Spielman on January 10th, pivoting to a youthful new era of operations with the hire of Kwesi Adofo-Mensah. And from 2013 to 2019, Adofo-Mensah was employed by San Francisco. In fact, that’s where his NFL career began.

In sports, those relationships matter, so the Vikings and 49ers locking horns in Eagan in a few months feels like a no-brainer.

San Francisco is currently in an odd sport at quarterback. Trey Lance and Jimmy Garoppolo headline the roster, but it is unclear who will emerge as the starter. Lance was drafted in 2021 after the 49ers traded a king’s mini-ransom for the NDSU alumnus, but initial reviews of his performance are ho-hum. On the other hand, Garoppolo guided San Francisco deep into the playoffs a couple of times, yet he doesn’t seem to have Top-1o QB gumption when it matters. Regardless, with Lance or Garopoolo, the 49ers figure to be a formidable team in 2022, thanks to Kyle Shanahan’s marvelous system.

The Vikings have mysteries, too. The only aspect of the team that is new is the leadership. Minnesota’s ownership fired Rick Spielman and Mike Zimmer after the 2021 regular season, cleaning house with new men in the saddle, Adofo-Mensah and Kevin O’Connell. But then those men kept the 2021 roster mostly intact, at least for big-name players. The Vikings are banking on Zimmer as the primary problem in the last two seasons. Otherwise, Adofo-Mensah would’ve gutted the roster.

So, in August, when the Vikings are 49ers hook up at TCO Performance Center, two teams with playoff hopes in 2022 will scrimmage.

The 49ers toppled the Vikings in Santa Clara last November, 36-24. The game was a catapult to postseason momentum for San Francisco.