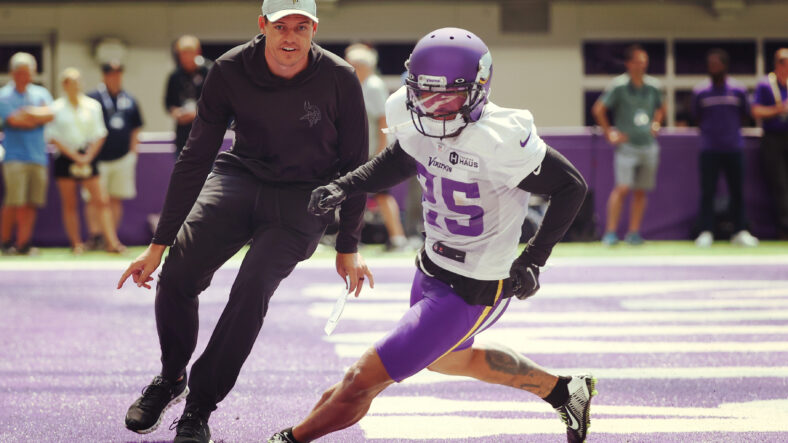 The guy who caught two receiving touchdowns eight days ago versus the Las Vegas Raiders was released by the Minnesota Vikings on Monday.

Accordingly, a roster cut was on tap to make room for Mullens, and the casualty was WR Albert Wilson.

The Vikings also cut ties with DT Jullian Taylor, who was signed in April.

Wilson was buried on the Vikings first unofficial depth released about two weeks ago, placing the veteran wideout around WR10 territory. And the Vikings won’t keep anywhere close to 10 wide receivers when the final regular season roster is announced on August 30th.

But Wilson did grab two touchdowns against the aforementioned Raiders in preseason game #1, which would typically enhance a player’s stock. However, Minnesota already has younger players like Jalen Nailor, Myron Mitchell, and Trishton Jackson vying for “Wilson’s spot.” In a backhanded way, Wilson’s release is good news for Nailor, Mitchell, and Jackson.

Wilson spent his first four seasons in Kansas City inside the Alex Smith era and the last three campaigns with various quarterbacks in Miami. In 89 career games, Wilson has grabbed 218 receptions for 2,499 yards and 12 touchdowns. He’s also returned kicks here and there. Some Vikings faithful initially believed the Wilson free-agent addition was a special-teams move. No cigar.

He was at his gridiron apex in 2017, the year before Patrick Mahomes formally took over, tallying 554 receiving yards on 62 targets.

In college at Georgia State, Wilson was marvelous. He caught passes, returned kicks and punts, and totaled 6,235 yards, a Top 30 mark when he left the collegiate level. The Chiefs found Wilson in 2014 as an undrafted free agent.

In the wake of Wilson’s release, the Vikings WR room looks approximately like this:

Wilson’s contract was non-guaranteed when he joined the team in June.