Vikings Recommended as Team That Should Draft Tarheel QB 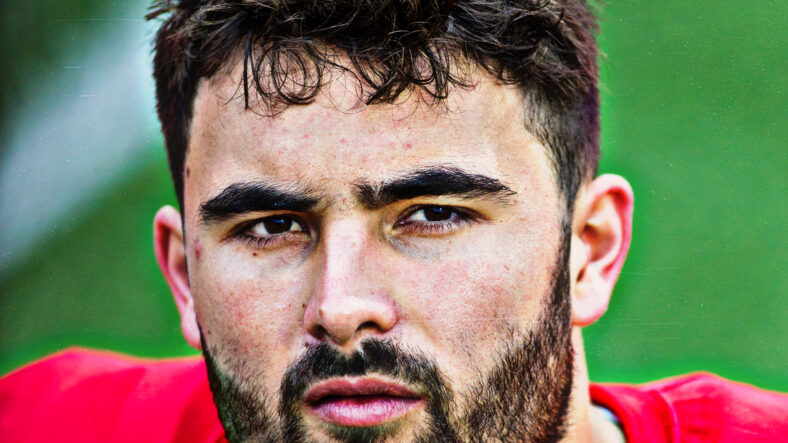 Onlookers of the Minnesota Vikings might’ve seen Sam Howell rumors floating around the digital space on Friday evening. But those were started by rapscallions with no credible substantiation.

Before that hubbub, though, ESPN’s Dan Orlovsky, a former NFL quarterback, pegged the Vikings as a team that should draft Howell, a rookie passer from the University of North Carolina.

This offseason, the Vikings underwent front office and coaching changes, ending up with Kwesi Adofo-Mensah for general manager and Kevin O’Connell as head coach. Those two studied the roster, analyzed the salary cap, and re-upped with Kirk Cousins for an extra year. Cousins will lead the Vikings through the end of the 2023 season unless Minnesota trades him — a tricky undertaking as Cousins now has a no-trade clause.

So, on the whole, getting in bed with Howell is a longshot, but stranger things have happened. Howell is the type of prospect who could “sneak” into the end of Round 1 — or plunge to Round 4, as mentioned by Orlovsky in the tweet above.

The Vikings simply have direr roster needs, short and long-term, than to draft Howell next week. Plus, the team employs Kellen Mond, who might even be better than Howell.

ESPN’s Jordan Reid casts Howell in a Round 2 light, listing the Tarheel as the 55th-best draft pick in all of the land. Howell is in the draft range, per Reid, with prospects like Christian Watson (NDSU), Matt Corral (Ole Miss), and Nik Bonitto (Oklahoma).

Joe Marino from The Draft Network warned about Howell, “commitment to Howell as a franchise quarterback must come with an understanding that a strong remainder of the team with a trusted veteran in the room is likely to be required for success.”

And the Vikings have that with Cousins, but most of the pizazz in the modern NFL is using the player on his rookie contract and thus constructing a meaty roster around the cheaper quarterback. Howell riding the pine behind Cousins for a couple of years would cancel two years of that utopian financial plan.

Finally, anything can really happen for the Vikings in this draft because the new general manager is unpredictable. He’s not erratic because of personality — he just doesn’t have “tells” or a resume to point out history or habits.

In that vein, Adofo-Mensah taking a flyer on a quarterback in the draft doesn’t seem too strange at all.