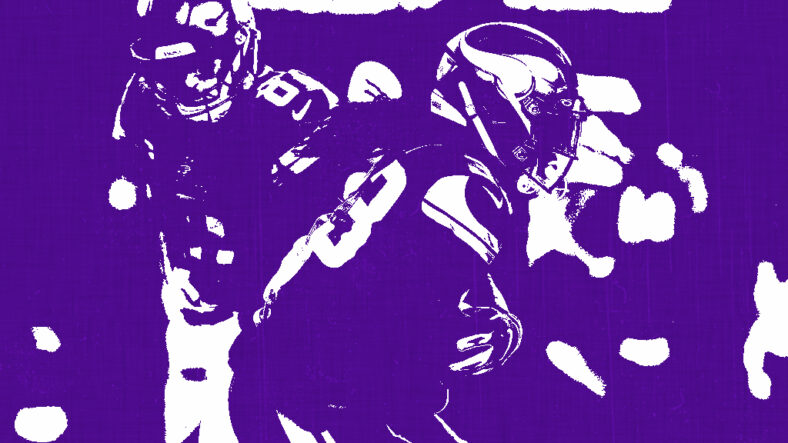 For eight seasons, the Minnesota Vikings were brazen about defense-first operations, spearheaded by former head coach Mike Zimmer who led the organization to the NFL’s 10th-best record from 2014 to 2021.

Since 2020, though, the enterprise became fuggy and failed to reach the postseason in two straight seasons despite assuring fans the expectation was Super Bowl or bust. Accordingly, Vikings ownership terminated the aforementioned Zimmer and his boss, Rick Spielman, after another underwhelming season in 2021.

General manager Kwesi Adofo-Mensah and head coach Kevin O’Connell took over, forging an aura of youth, collaboration, and an offense-first mindset. O’Connell was the offensive coordinator for the 2021 Los Angeles Rams, a team that won the Super Bowl in February.

And, so far, the “offense-first” part of the company brand is evident. The Vikings RB1, Dalvin Cook, hinted at tidbits of creativity this week, items missing from Minnesota’s offense for a while. Fans could always hang hats on Zimmer’s ability to galvanize defensive creativity, but on offense, the gig was usually run-first with a bit of playaction, an occasional shot downfield, and an overall mentality to do “just enough” for victory.

Cook explained this week that innovation is on the way for the 2022 regular season.

He told reporters, “Seeing something new from Dalvin? Yeah. I’m working my tail off. I’m grinding, putting in all the work I need to put in. So, yeah. Expect the unexpected.”

The quote comes from the steam of Cook experiencing WR snaps at Vikings minicamp. In 2019, Cook was used as a checkdown option frequently for Minnesota, but the tendency shrunk — for no good reason — in 2020 and 2021.

And the offensive-minded coach won’t have only Dalvin to enact “unexpected” tactics this autumn. Adam Thielen ranks fourth in receiving touchdowns since 2019. Justin Jefferson tabulated the most receiving yards in history by a player in his first two seasons. Irv Smith Jr. is theorized to finally achieve a long-awaited “breakout” year. K.J. Osborn came into his own as WR3 in 2021. Running back Kene Nwangwu is one of the fastest humans in the world. And second-year WR Ihmir Smith-Marsette showed flashes of production late in the 2021 season.

Of course, most of this will be moot if the Vikings fail to finally fix the pass-protecting acumen of the offensive line. But Adofo-Mensah signed free agents Jesse Davis and Chris Reed for that. Six weeks later, he selected guard Ed Ingram from LSU in the 2nd Round of April’s draft.

Overall, O’Connell has the personnel to make the “unexpected” happen.

Cook’s tease can come to fruition in 16 weeks when the regular season begins against the Green Bay Packers.