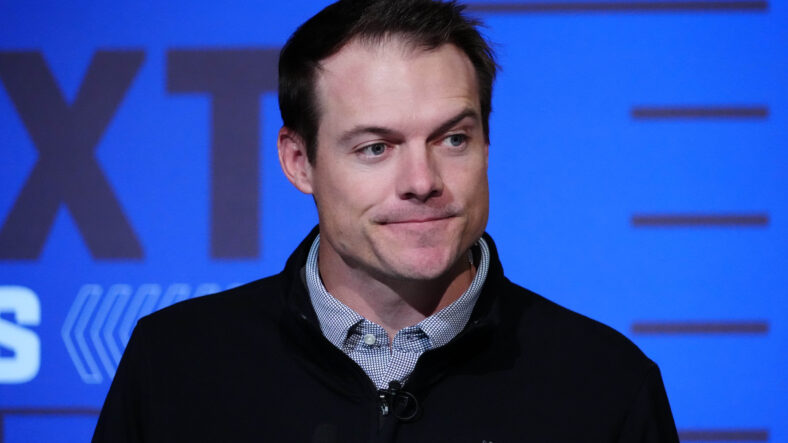 For the 2021 season, the Minnesota Vikings finished 16th at year-end — precisely in the middle of the NFL. This year, though, the Vikings are forecasted to improve by a few spots, slated as the league’s 13th-best team, at least per initial forecasting.

If these rankings held — they won’t — Minnesota would be the 6th seed inside the NFC’s seven-team playoff format.

The shift in public opinion is significant as the Vikings, before Walder’s release, were considered around the 21st-best team in the NFL. The ESPN formula above is numbers-based, whereas other people’s power rankings — based on eye-test opinion — haven’t been as flattering for Minnesota.

Via post-draft power rankings from various media entities, this is where the Vikings stand:

And while “13th-best” isn’t a reason to hang a banner at U.S. Bank Stadium, it is a contrast from the typical recent conversation about the Vikings.

New general manager Kwesi Adofo-Mensah took over for Rick Spielman in January, hired Kevin O’Connell from the Super Bowl-champion Los Angeles Rams, and retained most of the team’s core players.

In particular, Adofo-Mensah signed on for an extra year of Kirk Cousins through the end of 2023. Many expected the new boss to singe the roster on the way to a full rebuild. Adofo-Mensah did the opposite, doubling down on the existing talent in the organization.

Plus, when NFL pundits etch their power rankings on the internet, they see Kirk Cousins as QB1 and immediately demote Minnesota to the middle of the pack. That’s how it goes with a quarterback whose career “quarterback record” is 59-59-2 (.500).

To improve the roster, Adofo-Mensah added defensive talent with men like Za’Darius Smith (EDGE), Harrison Phillips (DL), Jordan Hicks (LB), and Chandon Sullivan (CB). And on offense, he signed a pair of linemen, Chris Reed (IND) and Jesse Davis (MIA), to hopefully remedy the Vikings naughty pass protection once and for all.

After that, Adofo-Mensah negotiated some controversial trades during the NFL draft — doing business with Detroit and Green Bay — and drafted Lewis Cine (S), Andrew Booth (CB), Ed Ingram (OL), and Brian Asamoah (LB), among others.

All those moves, for the most part, have given fans encouragement for the 2022 season, even if those Vikings faithful felt segregated on an island.

But the ESPN predictive index more closely aligns with fans’ estimation of the team — a noteworthy offseason development.