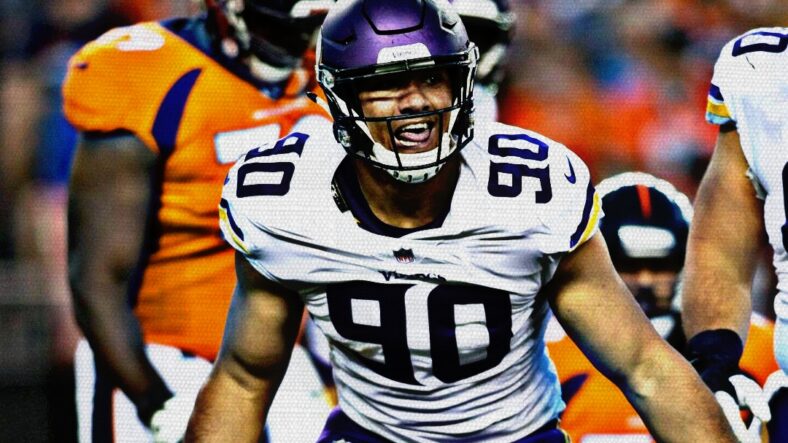 Free agency hits the one-month mark, and an ex-Minnesota Vikings defender is heading to the Las Vegas Raiders.

That’s Tashawn Bower, who played 11 games for the Vikings in four seasons.

He did start a few games in New England during 2020 and 2021, though, with then-offensive coordinator Josh McDaniels “in the building” for the Patriots. Now, Bower will reunite with him in Las Vegas as McDaniels was hired as the Raiders new head coach amid this offseason’s HC carousel.

Vikings Pro Bowl EDGE rusher Danielle Hunter was lost for the season on Halloween night in 2021 to a torn pectoral muscle. Soon after, Bower signed in Minnesota, finishing the season with Mike Zimmer and friends. All together, Bower played 34 defensive snaps in 2021.

His career to date has been topsy-turvy, evidenced by this graphic from Stathead:

He’ll compete for a roster spot with the Raiders this summer against men like Maxx Crosby, Clelin Ferrell, and Chandler Jones.