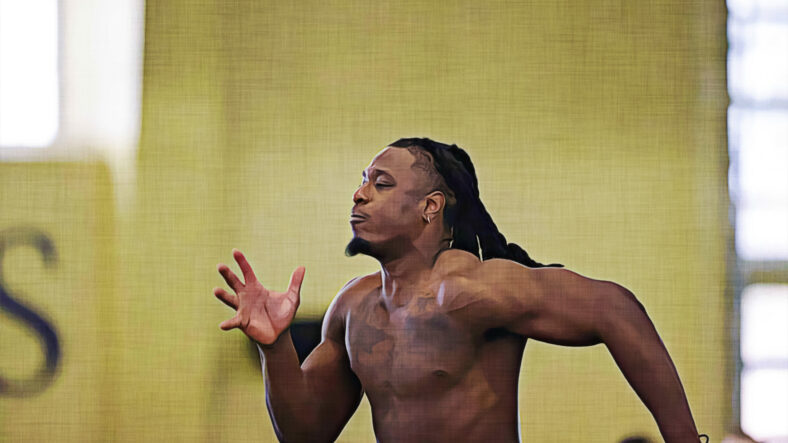 The new man on the Minnesota Vikings with a fabulous name is getting more national praise.

He’s Luiji Vilain, a new pass rusher for the Vikings from the team’s undrafted free-agent class.

Vilain spent time at the Unversity of Michigan before transferring to Wake Forest in 2021. Admittedly, he is semi-famous for his catchy name, but some pundits believe he’s more than that.

The Pioneer Press‘ Chris Tomasson tweeted a quote from Nate O’Neal about Vilain on Thursday.

O’Neal is an NFL consultant and draft scout “based out of Florida and works with NFL and college players in the offseason to help them hone their skills.” He hosts a podcast, Pro Mindset, with agent Craig Domann.

Vilain was marvelous last year at Wake Forest, tallying eight sacks and nine tackles for loss in 12 games. Before that, he was recruited by and played at Michigan.

Too, Vilain signed for $227,000 in guaranteed money — a lot for an undrafted free agent, indicating he’ll be around the organization for a while. The Vikings need another keynote pass rusher to emerge as the current setup is top-heavy. In March, new general manager Kwesi Adofo-Mensah signed Za’Darius Smith from the Green Bay Packers, partnering the sack merchant with Vikings EDGE rusher Danielle Hunter.

While Smith and Hunter will formulate an elite pass-rushing tandem, the two men have missed 64% of all football games since the start of the 2020 season. If injuries arise again, the Vikings will pivot to mid-or-low tier talents D.J. Wonnum, Patrick Jones II, Janarius Robinson, Kenny Willekes — or Vilain. Between five men, at least one should ascend as a trustworthy defender, but none inspire fear like Smith or Hunter.

Vilain will take time. That should be at the forefront of Vikings fans’ brains. He was undrafted for a reason. It’s merely reassuring that scouts like O’Neal go out of their way to call out his skillset.

On the patience aspect, consider the tale of Everson Griffen. He was a non-starter for four full seasons before blossoming in 2014, incidentally the year Mike Zimmer took over.

It may not take four years, but Vilain could mirror Griffen’s trajectory in time.

Vikings Territory Also Read: The Vikings Can Now Get Richer at CB if They So Desire