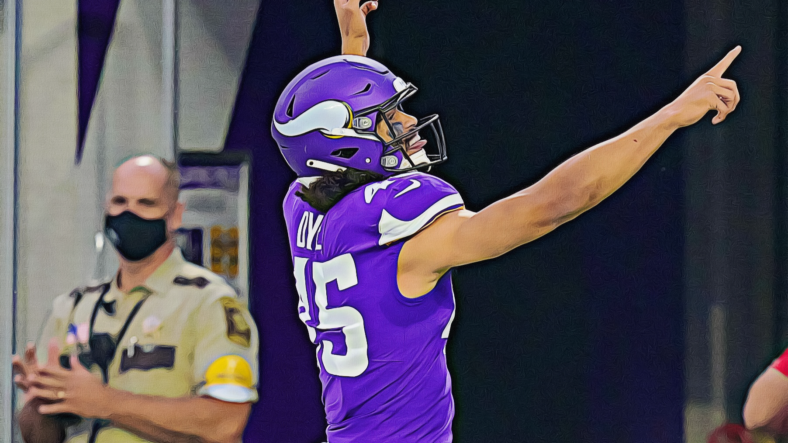 Minnesota Vikings cornerback Akayleb Evans signed his rookie contract on Wednesday and will look to change a little history with the team.

Evans was plucked from the 4th Round of the 2022 NFL Draft after general manager Kwesi Adofo-Mensah shipped a 2022 5th-Rounder and 2023 4th-Rounder to the Cleveland Browns for the pick that would be used on Evans.

But here’s the weird part. Compared to the rest of the NFL, the Vikings have a muddy history with prospects from Round 4. In the Super Bowl era (since 1966), Minnesota has drafted 63 players from the 4th Round, excluding Evans, and just one eventually reached a Pro Bowl — Everson Griffen.

Overall in the NFL during the same timeframe, 118 4th-Rounders went on to earn at least one Pro Bowl nod. But the Vikings have curiously found just one since 1966.

The Vikings don’t always draft a bunch of duds in Round 4. Yet, the men selected in that spot of the draft rarely blossom into superstardom. Outside of Griffen, who has been tapped for four Pro Bowls and is a free agent, these are the most impactful Vikings 4th-Rounders from the Super Bowl era:

Not exactly a list to knock your sock off, right? Recently, Minnesota found these players from Round 4:

The prognosis for this stat and Akayleb Evans, the latest 4th-Rounder, can be interpreted a couple of ways a) Someone is overdue to bust out from Round 4, and it just might be Evans b) On the other hand, the Vikings are plagued by underwhelming luck in the 4th Round, so Evans will fall on the ash heap of the 4th-Round mediocrity.

The Vikings quarterback Kirk Cousins, too, was found in the 4th Round, but that was thanks to the Washington Commanders front office a decade ago.