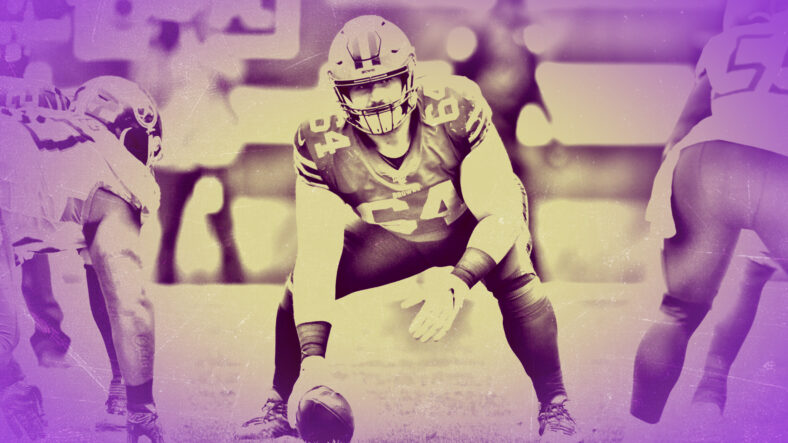 With one acquisition, Minnesota Vikings general manager Kwesi Adofo-Mensah could universally win over fans (if he hasn’t already).

The candidate is JC Tretter, a center from the Cleveland Browns who was flabbergastingly released on March 15th.

For about a decade, the Vikings offensive trenches have struggled via pass protection. Coincidentally, pass-blocking is Tretter’s modus operandi. He has not encountered a PFF pass-blocking grade south of 80.0 since 2015 — a mic-drop statistic. On the whole, this is Tretter’s resume via Pro Football Focus.

Now, though, the Vikings, a team with limited cap space, could reasonably sign Tretter and lock down an offensive line much aligned since 2017. “All” Adofo-Mensah would have to do is clear cap space by restructuring the current contracts of Eric Kendricks and Dalvin Cook. The same maneuver was used on Harrison Smith and Adam Thielen in the last month, retaining the money for those veterans but spreading it out further into the future (when the salary cap will rise).

And this Tretter-to-Vikings dream isn’t some homer hallucination. The digital machine outside of Vikings circles is whispering it, too.

A week ago, PFF called a Tretter-Vikings marriage a “potential fit” in an article about remaining free agents’ landing spots, claiming Tretter “would represent a significant upgrade at the center position.”

Then on Easter, Bleacher Reporter authored a similar article, stating Tretter to Minnesota would “make sense.”

The price? Tretter will likely cost around $6-$8 million per season, which isn’t inconceivable for the Vikings to accommodate. Plus, Tretter is a “character guy” the Vikings typically covet, serving as the President of the NFLPA.

The NFL Draft occurs on April 28th. A commendable showing during that event for Minnesota — and a Tretter addition to the offensive line — would earn Adofo-Mensah high praise in his first few months as boss.