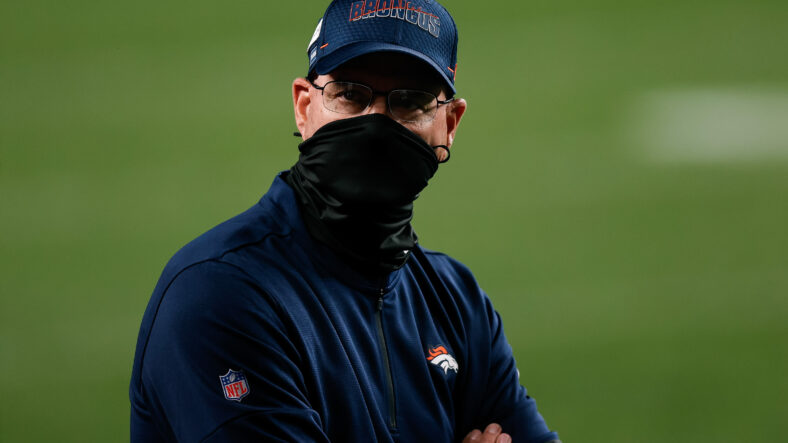 Mike Zimmer’s defense was feared for most parts of his tenure. His time as the Vikings head coach started in 2014 and ended after the 2021 season. The starters on defense, especially the important ones, rarely changed.

Harrison Smith and Anthony Barr played all eight seasons for the defensive guru. Eric Kendricks and Danielle Hunter joined after the rookie year of his head coaching career. Xavier Rhodes was the top cornerback in Zimmer’s unit for six years. Defensive tackle Linval Joseph also played six years for the Zimmer Vikings. Everson Griffen was a fixture for the defensive coach in seven of his eight teams.

Of all of these Zimmer staples, only Smith, Kendricks, and Hunter remain. Hunter is 27 years old, while Smith and Kendricks have already passed the 30-year barrier.

Too Many Misses in the Draft

Former general manager Rick Spielman, however, couldn’t replace the departed stars with comparable talents. Since the 2015 draft, in which he selected Hunter, Kendricks, and Trae Waynes, the defensive draft picks rarely lived up to their draft stock. For different reasons, the first-round cornerbacks Mike Hughes and Jeff Gladney didn’t work out in Minnesota. Despite regularly drafting the most players of all 32 teams in the NFL, the number of hits for Zimmer’s defense wasn’t enough. After the successful 2015 draft, the Vikings only drafted three defenders who started more than 16 games for the Vikings:

Jaleel Johnson started most (16) of his 20 starts in the 2020 season after the departure of Linval Joseph and the opt-out of Michael Pierce. His 35.3 PFF grade in that season was a disaster. He was the 124th-ranked interior defensive lineman.

Ben Gedeon started next to Anthony Barr and Eric Kendricks as the right outside linebacker. He started officially, but in today’s NFL, three linebackers aren’t used a lot. Gedeon never played more than 31% of defensive snaps in a season.

Cameron Dantzler wins the title as best Minnesota Vikings defender drafted between 2016 and 2021. He looked good most of the time when he was on the field. Somehow, he hasn’t always been on the field and apparently spent some time in Zimmer’s doghouse in 2021 instead. He can very well be the top cornerback of future Minnesota Vikings teams.

After the failures in the draft, while players were aging or leaving, the Vikings had to get creative to sign players in free agency. Patrick Peterson will play his second consecutive season for the purple team in 2022, just like Dalvin Tomlinson.

Chandon Sullivan has to fill the slot cornerback hole, like free agent addition Mackensie Alexander did in 2021. Xavier Woods played the safety spot opposite Harrison Smith, and Michael Pierce was supposed to fill the defensive tackle position. He just played eight games in two seasons for the Vikings. With the remaining cap space, however, the Vikings couldn’t fill all holes, and the defensive statistics in the last couple of years show it.

To fill one or two spots per season with free agents can work short-term, but long-term, the Vikings have to draft a new foundation and add youth on defense. That is precisely what Kwesi Adofo-Mensah, the replacement of Spielman, did in his first draft in charge.

He used his first pick on a safety, Lewis Cine. He won the national championship in his final year in Georgia. Cine is extremely fast, intuitive, and aggressive. In the upcoming season, he’ll build a safety duo with Smith while he has to take his spot as the top safety in the future.

The second pick also addressed the defense, as Andrew Booth Jr heard his name called. The cornerback from Clemson has an outstanding highlight reel, which only shows his potential. He can hit hard, plays aggressively like Cine, and has absurd athleticism.

In the third round, the new general manager selected another defensive player when he took a chance on Brian Asamoah from Oklahoma. He is a speedy linebacker who will be an asset in coverage early in his career, and long-term has to take over for the aging Kendricks.

The infusion of youth was much needed for the Vikings defense. Adofo-Mensah shouldn’t stop there and try to add more talent and youth to the mix in the next offseason to build the next generation of dominant Vikings defenses.