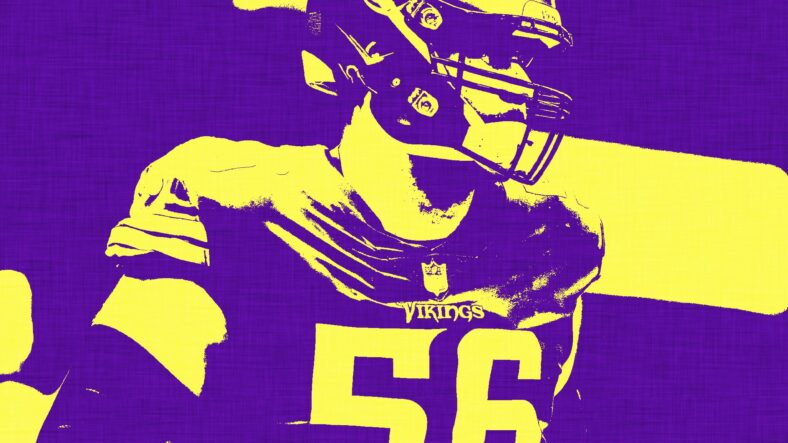 As an under-the-radar news event on Monday, the Minnesota Vikings declined the fifth-year option for center Garrett Bradbury’s rookie contract.

Bradbury’s fifth year would’ve cost the Vikings $13.2 million in 2023, so the decision of “no thanks” to the North Carolina State alumnus was a no-brainer. He flat out isn’t worth $13 million for a single season.

Drafted in 2019 as a hopeful fix-all to the Minnesota Vikings longstanding pass-protection woes, Bradbury was a 1st-Round solution to a problem generally solved in later rounds. But then-general manager Rick Spielman didn’t want to leave anything to chance. He chose Bradbury in the 1st Round of the 2019 NFL Draft, passing on players like Deebo Samuel, A.J. Brown, and Jeffery Simmons.

Bradbury does some things well on the field, like run blocking (a 67.0 Pro Football Focus grade in 2021), and he rarely bungles snaps. However, his pass protection has been problematic from the onset, grading a 43.7 mark from PFF last year.

To be clear, Bradbury is scheduled to be the starting center for 2022, so today’s news isn’t an end-all for the 26-year-old. Unless he’s bypassed on the depth chart by Ed Ingram, a rookie, or Austin Schlottmann, a free agent signed in March, Bradbury will get one more chance to prove himself to the Vikings beyond 2022.

And then, if he suddenly thrives with a new coaching staff, Minnesota can re-sign Bradbury to a longer-term veteran contract — it just won’t be at $13 million per season as defined by the proposed rookie deal.

Otherwise, the Vikings could repair the center position once and for all by signing free agent JC Tretter, who was released by the Cleveland Browns in March. But that likely would’ve happened by now.

At the NFL Combine in March, new Vikings head coach Kevin O’Connell touted Bradbury’s athleticism and mentioned the center as a player he studied coming out of college.

This is Bradbury’s Pro Football Focus resume through three seasons:

In particular, here are the pass-blocking grades from PFF:

Overall, the Bradbury news from Monday confirmed what folks already knew — Bradbury must totally revamp his career in one season to stay with the Vikings beyond 2022.