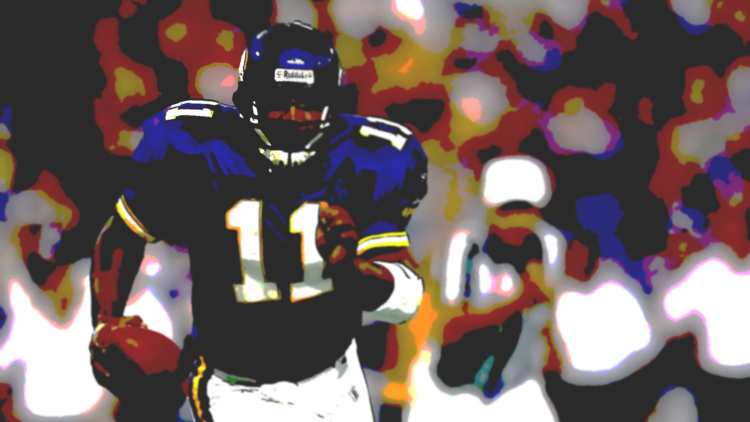 About 23 years ago, the Minnesota Vikings traded quarterback Brad Johnson to the Washington Commanders for 1st and 3rd-Round draft picks in the 1999 NFL Draft.

Use that knowledge to impress your Viking-fan friends.

Minnesota used the 1st-Rounder to draft Daunte Culpepper, who’d later lead Minnesota for six seasons as QB1, achieving an NFC Championship appearance in 2000. The trade was a virtuous deal for the Vikings.

Johnson didn’t make much noise in Washington, eventually losing the starting job to a different ex-Vikings quarterback – Jeff George. The system in Washington was not good for Johnson as he was labeled a “game manager,” and the Commanders needed something a bit more prolific than that to drive the ship.

So,  Johnson later wound up as QB1 for the Tampa Bay Buccaneers. There, a game manager was required, and Johnson filled the role masterfully. Tampa Bay won the Super Bowl in 2002, toppling another former Vikings passer, Rich Gannon, who led the Oakland Raiders. What a wild Vikings-infused quarterback dance party.

Similarly, the Vikings are facing a decision on the outlook of current quarterback Kirk Cousins. Cousins is more productive than Johnson ever was, but Cousins has only led Minnesota to the postseason thrice in four attempts.

The new general manager, Kwesi Adofo-Mensah, will decide if Cousins is the correct leader to command the 2022 Vikings. Based on his hire of Kevin O’Connell – who has ties to Cousins – it’s probably more likely for Cousins to stay for another year or two, although that is speculative.

If he trades Cousins, though, Minnesota has this blueprint from 1999 as reference. The plan worked out back then. Of course, the Vikings didn’t win a Super Bowl, but they did experience several solid seasons from Culpepper.

And Johnson won a Super Bowl elsewhere – which some fans theorize is the ceiling for Cousins. Surround the Michigan State alumnus with a competent offensive line and some defense – like Matthew Stafford and the 2022 Rams – and voila. It can be done.

Trading Cousins would likely put Minnesota on a path to draft its next franchise quarterback, and most Vikings fans would endorse giving a Culpepper-type another whirl. They wouldn’t be upset if Cousins pulled a Brad Johnson tactic and hoisted a Lombardi in another city.

The precedent is there if Minnesota wishes to end the Cousins experiment. With Johnson-into-Culpepper, we’ve seen it before.

Plus, Johnson’s asking price in 1999 – 1st and 3rd Rounder – is eerily close to what Cousins will probably command on the trade market.