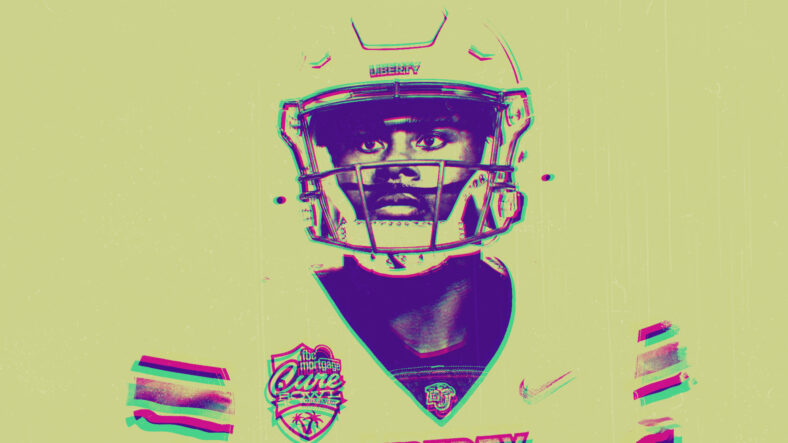 The wheels of potential change at quarterback for the Minnesota Vikings are in motion.

Incumbent passer Kirk Cousins is financially committed to the organization through the end of 2023, but that doesn’t disqualify general manager Kwesi Adofo-Mensah from drafting a succession plan.

Thanks to a trade with the Detroit Lions, the Vikings hold the 34th pick in the draft (or second pick of Friday evening). And according to Vegas oddsmakers, the possibility of the franchise selecting Liberty quarterback Malik Willis climbed astronomically.

Here’s how we got here. In a controversial deal, the Minnesota Vikings swapped draft assets with a divisional foe, the Detroit Lions. The details:

The deal was not universally loved by Vikings enthusiasts because teams with premium picks — like the Vikings at #12 — can typically dictate terms, casting conventional trade calculators to the side. Instead, Minnesota abided by respectful trade metrics and concocted an even-steven deal with Detroit.

However, if the Vikings land Willis from Liberty on Friday, perhaps all will be forgiven.

For four years, Minnesota has employed a quarterback in Cousins, who some insist isn’t very good, while others champion his consistency and production. Every offseason — and even in-season — Vikings fans argue about whether Cousins is the right guy for the job.

Well, drafting Willis with the 34th pick would drop an atomic bomb into that conversation, as the organization would vividly be plotting life-after-Cousins.

Some would rejoice, the Cousins Truthers, in particular. Others would pan the pick as unnecessary, especially when Minnesota must bolster its cornerback and linebacker depth.

But Willis-to-Minnesota would change everything. Rather than Cousins as “the guy,” the Vikings would enter Chiefsian fray from 2017, where Cousins merely plays the role of Alex Smith while Minnesota pivots to Willis.

And remember, sportsbooks don’t update odds to generate hype — they reflect the lay of the land, usually more accurately than writers on keyboards.

Friday afternoon and evening will be a mini-hype train about Willis, whether the Vikings select him or not.