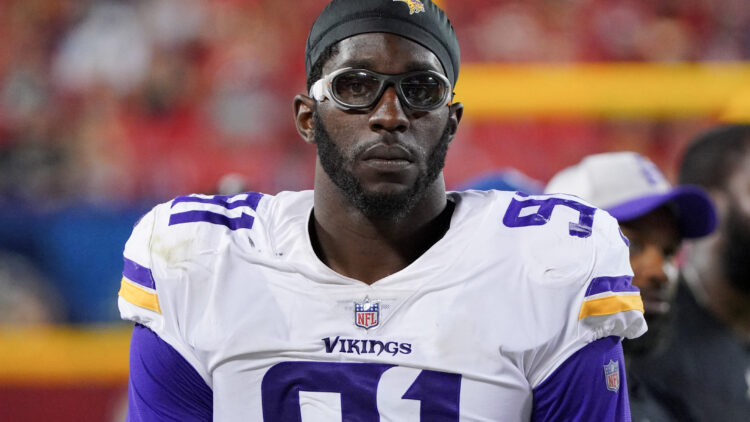 Former general manager Rick Spielman has drafted eight players in the 2016 NFL Draft. In retrospect, it was one of the worst drafts of his career.

A Big Receiver For Teddy

In the first round, he selected Laquon Treadwell. The receiver only caught 53 passes in his four years with the Vikings for 701 yards and two touchdowns. He had a solid season in Jacksonville in 2021, but he became a major bust for the Vikings.

Mackensie Alexander was the second-round pick. He played 71 games for the Vikings in two stints with the team. He was one of the best slot cornerbacks in the league in 2018 and 2019 before he became a liability in Mike Zimmer´s defense in 2021. As a free agent, he is still looking for a new team.

The fourth-round selection, Willie Beavers, played only 11 snaps for the Vikings in his lone season in Minnesota. He was cut after his first preseason. An impressive feat for a fourth-rounder. To this day, he spends his time on practice squads, currently on the Falcons practice squad. In 2020, he was a draftee in the XFL before the league suspended operations.

Fifth-rounder Kentrell Brothers spent all of his four years in the NFL with the Minnesota Vikings. The linebacker was mainly a special team ace and a backup linebacker.

In the sixth round, Rick Spielman drafted Moritz Böhringer. The German receiver was the first European player to be drafted in the NFL Draft without playing college football. After four years on the practice squads of the Vikings and Bengals after changing his position to tide end, he is back in the German Football League, the GFL. He never played a snap in an NFL regular-season game.

The second player selected in the sixth round was David Morgan. The tide end played three seasons for the Vikings and started 12 games while catching 16 passes for 135 yards. In a 2018 game against Detroit, he dislocated his knee, spent one season on the injured reserve list, and was released in March 2020.

In the seventh round, Spielman selected two players. Clemson safety Jayron Kearse was the 244th overall pick in the draft. He spent four seasons with the Vikings as a backup safety and special teamer before becoming a member of the Detroit Lions in 2020. In 2021, Kearse signed a contract in Dallas with the Cowboys, where he had a phenomenal season as starting safety. PFF ranked him as the 13th best safety in the NFL. Therefore he earned a two-year contract extension.

The other seventh-round pick was pass rusher Stephen Weatherly. The player from Vanderbilt was the 227th pick of the draft and the eighth selection of the Vikings. He played his first four seasons with the franchise and appeared in 49 games. In 2018 and 2019, Weatherly recorded three sacks in each season. Primarily he was a backup for the starters Everson Griffen, Danielle Hunter, and Brian Robison. However, he started seven games.

In the 2020 offseason, Weatherly signed a contract with the Carolina Panthers, where he started nine games for head coach Matt Rhule. His only season in Carolina was a disappointment. He did not record a sack before the team placed him on injured reserve with a broken finger. After the season, Weatherly was released and re-signed with the Vikings to play for his old team.

In his second stint in purple and gold, he played six games and did not record a sack after losing the camp battle to D.J. Wonnum and the signing of his former teammate, Everson Griffen. GM Rick Spielman traded the veteran to his former assistant and now GM of the Broncos, George Paton, where Weatherly received more playing time and recorded two and a half sacks.

Reuniting with a Familiar Face

Following the 2021 season, the pass rusher was once more a free agent. On Monday, April 18th, he signed his new deal with the Cleveland Browns, where he joins long-term Vikings assistant coach Kevin Stefanski, who is entering the third year of his first head coaching job. In his first two seasons, he won 19 games and became the first Browns HC to record a winning season since 2007 and end a long playoff drought. The franchise had its last trip to the postseason in 2002. Stefanski received NFL Coach of the Year honors for his success.

In his second season, Stefanski´s Browns missed the postseason in a strong division and finished 8-9. Like the Vikings, the Browns try to get back to the playoffs in the 2022 season. They did not only sign Weatherly to reach that goal, as the franchise traded for two star players – Deshaun Watson and Amari Cooper. Quarterback and wide receiver were arguably the two most significant weaknesses of Stefanski´s team, and they made sure to address them. Unless the Vikings play against the Browns because of the new 17th game of the season, their next meeting will be either in 2025 or in the Super Bowl.