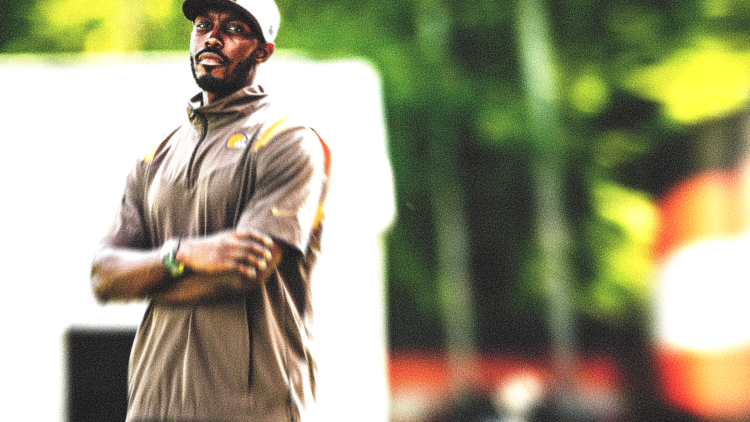 As Free Agency continues to roll for the NFL, eyes turn towards the NFL draft. The NFL Draft is just a month away, and scouts are hard at work building their big boards. As this is happening, there is chatter that could cause a top 5 draft pick to fall to the Vikings.

Kyle Hamilton’s speed has been the cause for some scouts to begin to worry. His pro day 40 yard dash time is reported to have come in the 4.6 or 4.7 area. There is some dispute among people who have been watching this play out, as can be seen here:

If the reports are accurate, then yes, his speed is a concern. How can Hamilton consistently keep up with the burners he will face in the NFL? Moreover, will NFL teams see his lack of top-end speed and decide to pass on him?

Regardless of his speed issue, mock draft after mock draft by experts has him going in the top 5 of the draft. However, these mock drafts were completed prior to running at his pro-day. Therefore, it’s not crazy to think he could fall further than experts believe.

It is not unusual for a high-talent player to fall, even though all evidence of on-field play suggests otherwise. Sometimes teams put a little too much emphasis on their measurable physical traits and not enough on their actual ability to play the game. And make no mistake, Hamilton can play.

With that said, in an alternate world where Kyle Hamilton drops to the Vikings in the draft, they should absolutely take him. Let’s look at why.

Why the Vikings Should Take Him

Kyle Hamilton, while lacking in top-end speed, has the instincts you want at the safety position. His ability to “see ball, get ball” is why he is a first-round prospect. When you can react quickly, your top-end speed becomes less of an issue.

Take a look at this highlight reel:

Hamilton can be seen in play after play, diagnosing quickly and reacting. This is something that not all players have but is critical to success in the NFL. Eric Kendricks made this point in 2020 when coaching up the rookies. He said something along the lines of, if you make the read, don’t hesitate.

Well, Kyle Hamilton does not hesitate.

The Vikings might need cornerbacks badly right now, but passing up on a guy like this would be crazy. Yes, his speed is a bit slow, but he has all the other physical traits you could ask for. His scouting report makes that abundantly clear.

One of the most important aspects of his game, outside of instinct, is his versatility. He can play the deep field, cover tight-ends, defend the run, and blitz. That versatility is exactly what Ed Donatell is looking for in his defense.

It is doubtful that Hamilton falls all the way to 12 in the draft. But if he does, the value and talent he could bring outweigh the other needs for the Vikings.