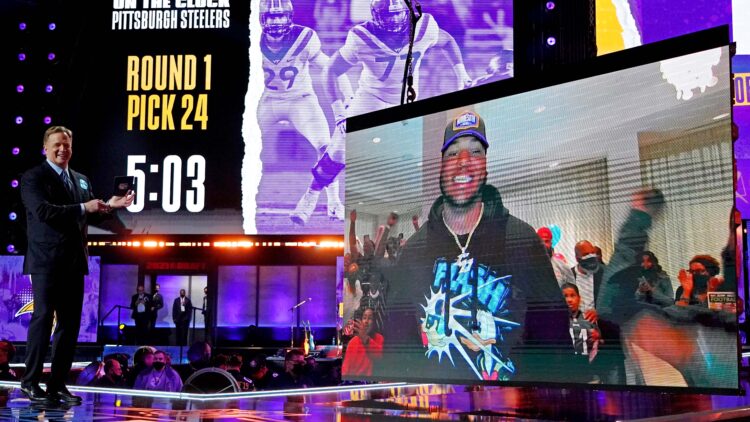 The Minnesota Vikings started the offseason by completely overhauling the coaching staff and front office. Since then, general manager Kwesi Adofo-Mensah and head coach Kevin O’Connell have been hard at work in free agency and preparing for the draft. They have identified several positions of need, including the most decimated – cornerback.

We all knew that whatever decision they made about Kirk Cousins would determine the course of action this year. After they elected to extend him, they had no choice but to try to build around him. This wasn’t a surprise as O’Connell repeatedly said he liked Cousins.

However, they also said they did not believe they needed a full rebuild. Kwesi, in his recent press conference, said that he didn’t believe in the binary thought of “rebuild” or “all-in.” Instead, he wants to do a “competitive rebuild.” This train of thought is playing out in the moves they are making in free agency.

Here are some of the moves made so far:

It is becoming clear that the new regime is trying to add pieces to a defense that has struggled the last two years. Also, they seem at least content with where they are at on the offensive side of the ball. Although, they do continue to explore the possibility of adding an offensive guard.

With that said, have these roster moves solidified their draft target in April?

What is most interesting about the moves being made in free agency is the lack of cornerback signings. There is no way that the front office and coaching staff are looking at that position group and thinking, “yeah, this is good.” At least we fans sure hope not.

With the addition of Chandon Sullivan, this is where that group stands:

In other words, this is not a group that can withstand the 17 game season. Make no mistake, the Vikings will add 3-5 more cornerbacks between now and training camp. However, training camp cornerbacks are often practice-squad guys at best and rotational camp reps at worst.

The real question is, who will be starting on the outside with Cam Dantzler? If the Vikings do not sign another capable cornerback, they are all but guaranteeing their first-round draft selection.

This is not the worst idea because Derek Stingley Jr. or Ahmad ‘Sauce’ Gardner would be excellent additions. Although, the issue is that they might need to trade up to snag one of them. And trading up in the draft is always inefficient, especially if other teams know you want a specific player. They can and will gouge you.

The Vikings should try to add one more starting cornerback this offseason. This would allow them to take the best player available at 12, which is a much better way to draft. The last thing we want is for them to be forced into trading away much-needed draft capital to get the cornerback they need.