Things Get Spicy for Vikings Early in 2022 Schedule 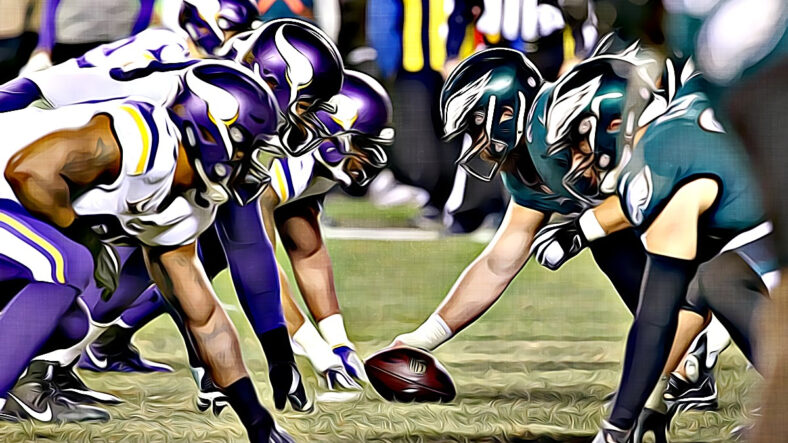 For some reason, the NFL is releasing the 2022 regular schedule like a dripping faucet.

Of yesteryear, the schedule would just be released, and that was that. Now, though, each television network drizzles tidbits, evidently enhancing the suspense.

Well, the Minnesota Vikings learned the second piece of their schedule fate — the first nugget was the Vikings-Sants in London for Week 4 — and that’s a Monday Night Football date with the Philadelphia Eagles on September 19th (or Week 2).

Minnesota will indeed have a 2017 NFC Championship rematch early on the season, heightening the spiciness of the 2022 campaign. It’s been five years since the Vikings and Eagles intermixed bad blood, but the memory lives engrained in the brains of Vikings fans.

The announcement hit on Monday morning as ESPN was the first to trickle out matchups.

Throughout the rest week, day by day, CBS, FOX, and NBC will unsheath their respective games.

The confirmation of Vikings and Eagles in Philadelphia makes the likelihood of a Week 1 home game at U.S. Bank Stadium greater. In 2021, Minnesota traveled to Cincinnati and Arizona — it wasn’t successful — to start the season, so a home affair is probably on the docket for September 11th. The somewhat credible rumor is the New York Giants at Minneapolis in Week 1.

As for the Eagles, the Vikings haven’t experienced a problem with them since the dreaded NFC Championship. While that contest would’ve shoved the Vikings into a home Super Bowl against the New England Patriots, Minnesota defeated the Philadelphia twice thereafter. It was the Carson Wentz era, and the Vikings topped the Eagles in 2018 and 2019.

For sportsbook forecasting, the Vikings and Eagles are bedfellows, both slated to win 8.5 games in 2022, per VegasInsider.com. Philadelphia will improve on offense after acquiring wideout A.J. Brown in a draft trade, and Jalen Hurts should continual maturational development.

Vikings quarterback Kirk Cousins has a dazzling track record against the Eagles. Teams led by Cousins are 6-3 (.666) against Philadelphia, and he holds a juicy 21-6 touchdown-interception split versus the green and black team during his career.

You remember that one.